Classic Catholic joke: Have you heard the one … 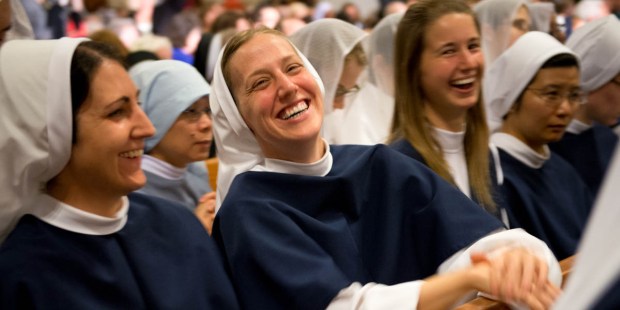 Before anyone takes offense at this joke, the reminder that “laughter is the best medicine” actually comes from the Bible.

The saying “laughter is the best medicine,” has its roots in the Bible, from the book of Proverbs.

Proverbs 17:22:  A joyful heart is the health of the body, but a depressed spirit dries up the bones.

Today’s classic Catholic joke is just what the doctor ordered.

A man suffered a serious heart attack and was taken by ambulance to the hospital for open heart bypass surgery. He woke up from the surgery to find himself in the care of nuns at a Catholic hospital. As he was recovering, a nun asked him questions regarding how he was going to pay for his medical services. He was asked if he had health insurance.

He replied, “No health insurance.”

The nun asked, “Do you have a relative who could help you?”

He said, “I only have a spinster sister who is a nun.”

The nun got a little irritated and announced loudly, “Nuns are not spinsters! Nuns are married to God.”

The patient replied, “Then send the bill to my brother-in-law.”

Read more:
Are there any funny jokes in the Bible?

Read more:
The best jokes about Jesuits, by Jesuits