In letters, Pope Benedict XVI says he “understands” the pain caused by his renunciation 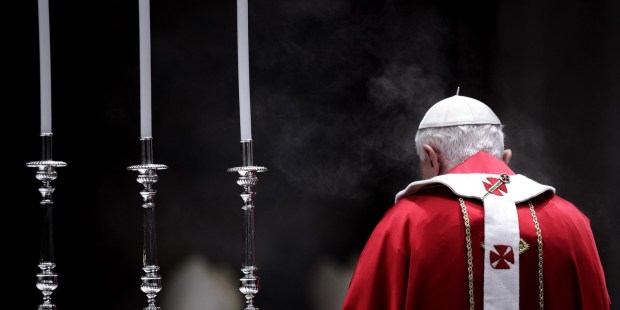 But warns that anger can “devalue” the pontificate of the Pope Emeritus, and even his person

“I can understand the depth of the pain that you and many others felt at the end of my pontificate,” Pope Emeritus Benedict XVI said in letters quoted by the German newspaper Bild on September 20, 2018.

In these letters, dated from November 2017, the German pontiff responds to remarks made in an interview by a cardinal—identified by the New York Times as Cardinal Walter Brandmüller of Germany—criticizing his renunciation. According to Bild, the cardinal claims that Benedict XVI’s decision to abdicate is at the origin of the major crisis that he says the Church is going through.

“For some people, it seems to me, and for you, the pain has become an anger that no longer concerns only the resignation, but extends more and more to my person and to my pontificate as a whole,” says the Pope Emeritus. “In this way the pontificate itself is being devalued and conflated with the sadness about the situation of the Church today.”

“If you know a better way [to resign], and if you think you can condemn the one I chose, please tell me,” he wrote. “Rather, let us pray, as you do at the end of your letter, that the Lord may come to the aid of His Church,” concludes the predecessor of Pope Francis.