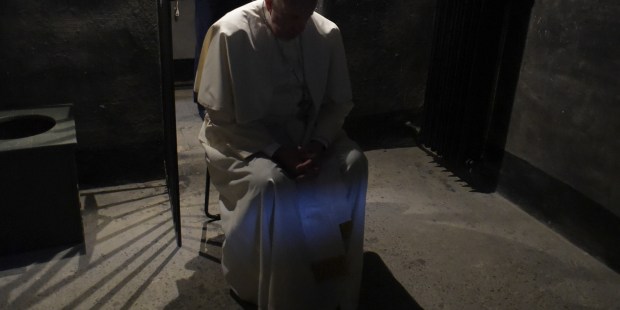 On his September 22 to 25 visit to Lithuania, Latvia, and Estonia, Pope Francis will meet the local Catholic communities and express his closeness to these churches persecuted during the 20th century. Greg Burke, the director of the Holy See Press Office, spoke of this and other elements of the trip during a briefing for journalists at the Vatican on September 19.

Burke noted how the pope’s trip — his 25th outside Italy — will take him to three very different Catholic communities. In Lithuania, Catholics make up the majority of the population, but in Latvia they are a minority, and Estonia only has about 6,000 Catholics.

All three countries are marking 100 years of independence from Russia. While they were under Russian rule, and later under Soviet occupation, the Catholic Church was persecuted in each of these countries.

On the first day of his trip Pope Francis will visit the Cathedral of Vilnius, Lithuania, where he will pray for those who were exiled under Soviet rule.

On September 23, Pope Francis will stop at a monument that commemorates Vilnius’ Jewish Ghetto, which was emptied of its remaining residents in 1943. Burke said this stop was a late addition to the pope’s itinerary but it would have been a mistake to skip it. The president of Lithuania and representatives of the local Jewish community will be present at the memorial. More than 95 percent of Lithuania’s Jews were killed during the Second World War.

According to Burke, the pope’s stop at the former Jewish Ghetto and the Cathedral of Vilnius will not be the only powerful moments during his visit to that city. Pope Francis will also visit the Museum of Occupation and Freedom Fights. The museum is located in the KGB’s former Vilnius headquarters. Prisoners were kept in cells in the basement of the building. Pope Francis will visit two of the cells and visit the execution chamber where he will light a candle and pray silently. Burke explained to journalists that Catholic bishops and priests and Lutheran pastors were tortured in that building.

Moving on to Riga, Latvia, and Tallinn, Estonia, Pope Francis will take part in two Ecumenical gatherings; both will take place in Protestant churches. The gatherings are meant to highlight the “good relations” among Christians in the region. Representatives of Orthodox Churches will also be present for these gatherings.

Travelling with Pope Francis on this journey will be Cardinal Pietro Parolin, the Vatican’s Secretary of State, Monsignor Paolo Borgia, from the secretariat of state, and Paolo Ruffini, the new head of the Dicastery for Communication. As has become tradition, Pope Francis has invited a Vatican employee to join him on the trip. This time one of the Swiss Guard’s cooks will be joining the papal entourage.