Bringing back beauty: The new traditional Catholic churches of the U.S.

After decades of Modern and Brutalist design, parishes around the country are re-discovering the appeal of traditional architecture.

Ask a European to think of a church and chances are that images of Neoclassical, Baroque or Gothic structures will come to mind. That’s not necessarily the case in the U.S., where many churches were built after the Second Vatican Council, held between 1962 and 1965, and thus embodied the reformist spirit of their time. It is not unusual to find American churches designed according to Brutalism or Modernism, with many looking like ruins from an alien civilization.

But over the past two decades, that trend has started to reverse. New churches built across the country or refurbished ones have predominantly been designed according to “old school” aesthetics, including  Gothic, Romanesque, or Neoclassical style. In some cases, architects are adopting furniture and decorations from decommissioned churches, or asking artisans and craftsmen to come up with traditional designs. Either way, the end result is new churches that look like they could have been designed few centuries ago. 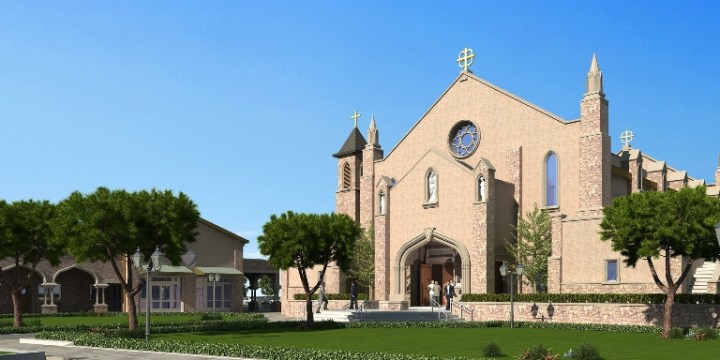 Here is a selection of some of the most interesting examples of the church architectural revival going on in the United States:

Consecrated in 2009, this Romanesque church was designed by architectural firm Cram & Ferguson after the local parish expressed the desire to create a building that could “speak, sometimes subtly, at other times forcefully, about the truths and the mysteries which are celebrated within its walls.” Cram & Ferguson proposed a Romanesque design, since that style was developed after the Middle Ages, during a period of recovery from the collapse of the Roman Empire, when architecture was driven by a similar principle. Indeed, the whole design, including a facade and a vaulted interior containing dome murals, reflects Romanesque principles of symmetry, harmony and naturalism. And with an 800-seat capacity it is fit to meet the needs of Farragut’s expanding parish.