Soul Station: Discover an old train turned into a friary

In Naples, Italy, a community of Franciscan Friars is living in five 1940s train cars.

In La Scampia, a blue-collar neighborhood in the suburbs of Naples, is one of the most unique friaries in the world.

Since 1976, the Ina community of Franciscan monks has been living off of the things other people throw away — fruits and vegetables that are starting to turn and soon-to-be-expired food. They’re even using something old that no one wanted anymore —  a train from the Ferrovia dello Stato, the state-owned train company. Five antique cars from the 1940s were transformed into a friary that is now known as the Soul Station.

Click Launch the Slideshow to discover this curious convent on wheels: 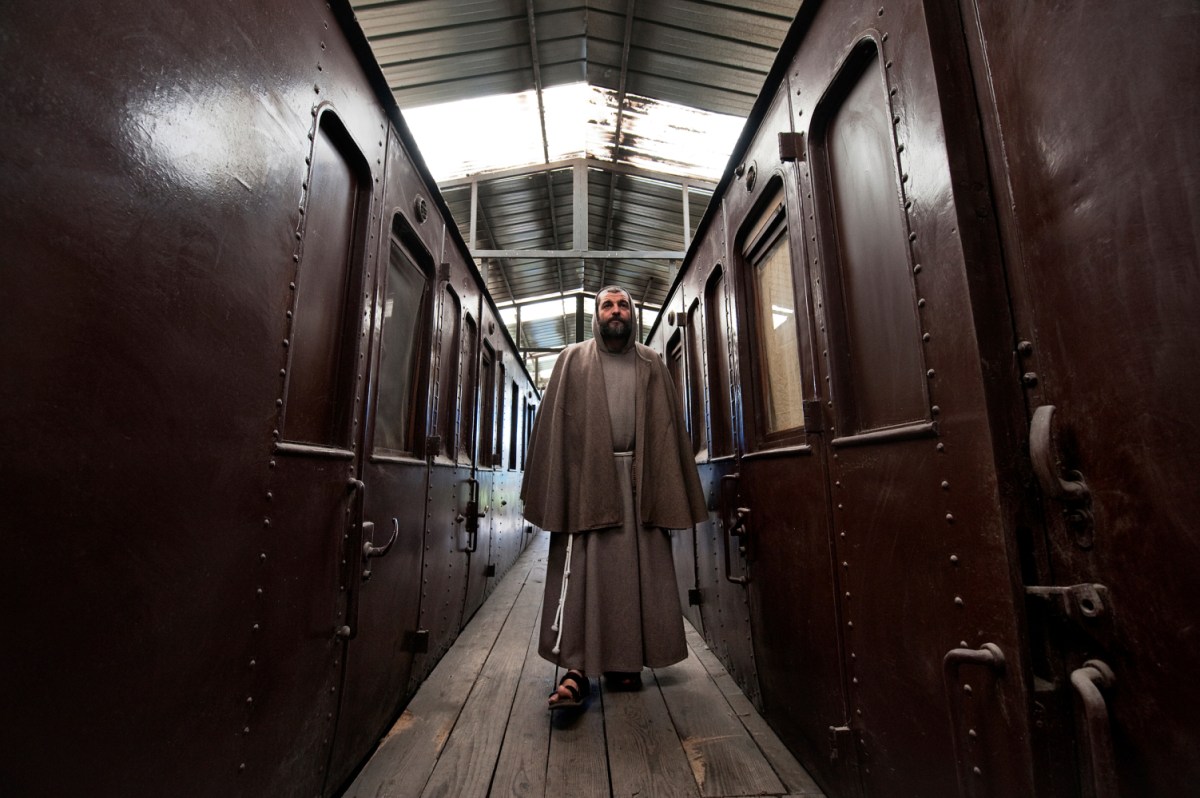 The cars serve as chapels, cells, confessionals, workshops, and reception areas. The friars also have a garden and a small orchard. Eight “Renewed Friars Minor” live in this friary in absolute poverty, and help those who need it most. They try to live each day according to the precepts of their founder St. Francis of Assisi, by “praising the Lord for all creatures.”

The neighborhood where the friars live is one of the most dangerous in Europe. The monks go around the community and try to empathize, listen, and offer comfort to those they meet.

They also serve the parish and regularly visit prisons and hospitals. They do not accept money, but only necessities such as blankets, as well as food that they cook on an old wood stove. They give the surplus to people in need.

In an interview with the Italian Catholic magazine Famiglia Cristiana, Brother Carlo explained the unusual aspect of their habitat: “The train represents the itinerant way, but also simplicity and precariousness. With these values, we seek to recover the spirituality and teachings of St. Francis.

Read more:
How these Bronx friars broke down all kinds of barriers in a single move