Discovering the history of Guernsey’s most unusual “Little Chapel”

How the creation of a visionary Christian Brother became one of the Channel Islands' most iconic destinations.

In a lush green corner of the wooded hills of St. Andrew’s Parish on the island of Guernsey in the English Channel, lies a tiny chapel decorated with glittering mosaics that looks like it would be at home in Antoni Gaudi’s Park Güell in Barcelona. 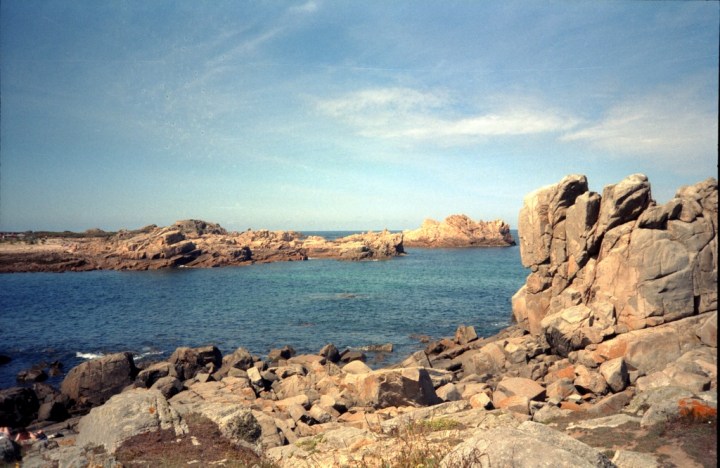 To understand its origin, we need to go back to the history of education in Europe. The first kind of public education to appear in Europe was provided by the Church in the 12th century, when a decree ruled that every parish should assign a master to teach pupils who could not afford fees for private schooling. In the following centuries, many Catholic orders dedicated to education developed across the continent, including the Brothers of the Christian Schools, founded by French priest—who was later proclaimed saint—Jean-Baptiste de La Salle in 1680. De La Salle’s order flourished throughout the following two centuries, but in 1904 the French government passed a law banning all religious schools so the order had to flee the country in order to pursue its educational mission in exile.

A group of de La Salle’s Christian Brothers sailed from the French coast across the English Channel to the the island of Guernsey, one of the English Channel Islands, and acquired a piece of land called Les Vauxbelets, where they built a wooden hut, a stone building and a farm.

When one of the brothers, named Déodat, looked at the wooden slope of Les Vauxbelets, he was reminded of the location of the grotto of Lourdes in the southwest of France, and he decided to try and built a similar-looking grotto on the site.

His first attempt, a stone chapel built in 1913, measured just 9 feet long and 4.5 feet wide. Its tiny size was heavily criticized by fellow brothers, so Déodat decided to pull it down.