This art from the earliest known “house church” is nearly 1,800 years old

It is unknown if the site still survives after ISIS occupation.

“For where two or three are gathered together in my name, there am I in the midst of them.” – Matthew 18:20

Often, when contemplating these words from the Gospel of Matthew, the first images that arise are of a healthy congregation filling a local parish, a prayer circle in the midst of tragedy, or even a family saying grace before a meal. It is unlikely, however, that early Christians had the same ideas, as the church as we know it did not exist yet. It was in this direction from Christ that we were guided to begin His Holy Church.

The first Christians gathered in homes, as they were no longer welcome in the synagogues. Later, Roman Christians continued this practice, as they were often met with persecution so great that they worshiped in secret. These first places of worship became known as “house churches.”

The oldest known house church is located in Dura-Europos, in Syria, and is known simply as the Dura-Europos Church. The site is believed to have once been a private residence that was converted into a place of worship between 233 and 256, when the town was abandoned in the wake of the Persian conquest.

The site of Dura-Europos Church was mostly excavated in the early 20th century by French and American archaeologists. Through their efforts, not only was this important landmark discovered, but some of the earliest Christian art and frescoes were unearthed as well. Fragments of parchment scrolls with Hebrew texts were also found and later identified as Eucharistic prayers.

Thankfully, the art found at the site was removed and housed at the Yale University Art Gallery, as it is unknown if this ancient site has survived ISIS occupation. Here are some images of these early depictions of the Christian faith. 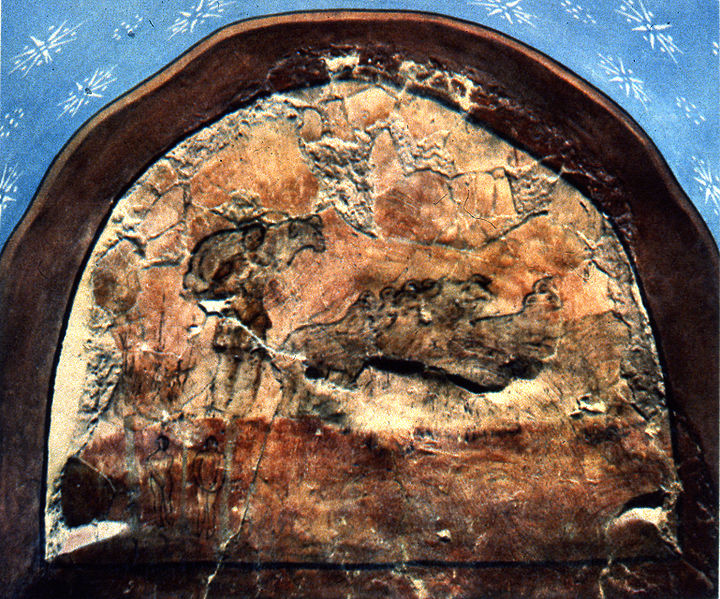