The October 2018 synod on the youth, in numbers 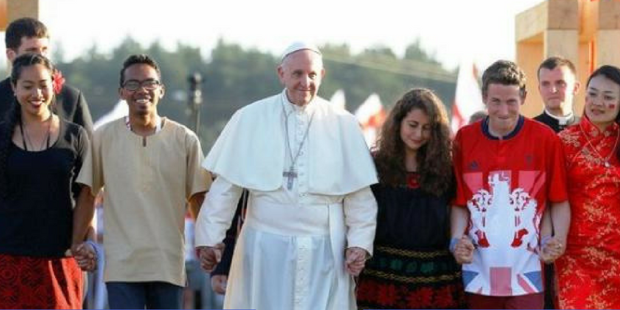 On October 1, Cardinal Lorenzo Baldisseri, general secretary of the Synod of Bishops, presented the progress of the synod on “youth, faith, and vocational discernment.” On this occasion, the Italian prelate pointed out some figures that give a sense of the synod fathers’ work.

25 days. The synod will be opened October 3, when Pope Francis celebrates a Mass in St. Peter’s Square. The final day will be celebrated in the same way on October 28, inside the basilica this time. The synod will be opened with the invocation of the Holy Spirit, the Veni, Creator Spiritus. It will be closed with a thanksgiving song, the Te Deum. During these three and a half weeks, the synodal assembly will work every day except Sunday. The first drafts will be presented in 19 briefings and four press conferences.

267 synodal fathers. Among them, 181 were chosen by their episcopal conferences and about 40 were appointed by Pope Francis. The others are members by virtue of their various posts or responsibilities. There are 10 non-bishop synod fathers, both priests and religious. This is one of the novelties of this synod, though a non-priest religious was exceptionally granted the status of a synod father in 2015. As the name indicates, the synod fathers are all men.

49 auditors. The auditors, both men and women, come from the whole world and most work in youth ministry. Of the group, 36 are young people ranging in age from 18 to 29. One of the selection criteria was their commitments even outside the Church.

23 experts. They come to back up the work of the two special secretaries for the synod on the youth.

14 circoli minori or “little groups.” These are groups divided by language, where the synod fathers and the auditors will work off of the Instrumentum laboris, released last June. These groups will be split into six different languages: French, Italian, English, Spanish, German, and Portuguese. Each circolo minore will have to have at least one young person.

3 work units. These smaller groups correspond to the three parts of the Instrumentum laboris: recognize, interpret, and choose. The first phase will end on October 9, the second on October 15, and the last on October 22. For each stage, the assembly interventions, the modi, and the reports of the circoli minori will be regrouped and synthesized into a provisional text.