Do you know the history of how the Rosary has conquered? 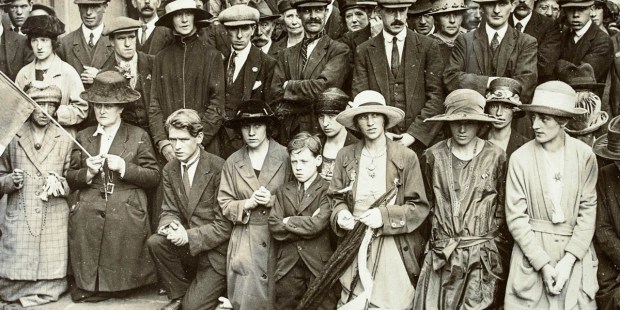 From Lepanto to Ireland to Austria and beyond, this prayer should truly be considered a weapon

On October 7, 1571, the Christian West was in peril. As Protestant and Catholic fought bitterly against each other (and amongst themselves), the Ottoman Empire was advancing. A war-ravaged Europe was unprepared to respond to the Islamic armies that threatened to overtake all Christendom, and it seemed there was no hope.

With all Europe hanging in the balance, Pope St. Pius V commanded his people to pray. Throughout the West, churches were packed as desperate Christians prayed the Rosary night and day. The answer to their prayer came in a seemingly-miraculous victory, one St. Pius V saw in a vision from Rome. “The Christian fleet is victorious!” he cried out in the middle of a meeting, weeping for joy.

The Ottomans were defeated; they would continue to knock on the door of the West for some time, but never again would they threaten to break it down. The fact that there are nearly twice as many Christians in the world today as Muslims can be attributed, in part, to the victory at Lepanto, and the victory attributed to the Rosary.

In the wake of the battle, St. Pius V declared its anniversary to be the feast of Our Lady of Victory, later renamed in honor of Our Lady of the Rosary. This feast has, from its inception, been a declaration of the power of the Rosary as a weapon in defense of the Church.

Read more:
We’re called to join the army of this “Warrior Queen”

During the Penal times in Ireland, when it was illegal to be Catholic, the faithful clung to their rosaries and refused to cave. On failing to subdue them in the 17th century, Oliver Cromwell wrote to his superiors, “All is not well with Ireland yet. You gave us the money, you gave us the guns. But let me tell you that every house in Ireland is a house of prayer, and when I bring these fanatical Irish before the muzzles of my guns, they hold up in their hands a string of beads, and they never surrender.” It was the power of the Rosary that kept Ireland Catholic in spite of centuries of persecution.

In the years after World War II, Austria was subjugated under Communist rule. Knowing how Communists felt about the Church, this Catholic country turned desperately to prayer. Under the leadership of Father Petrus Pavlicek, a Capuchin priest, the Austrian people began to pray the Rosary daily, even multiple times a day. By 1955, more than ten percent of Austrians were publicly committed to praying the Rosary for the freedom of Austria. Then, inexplicably, the Russians announced that they would leave Austria. Without a single shot fired, Austria was free of Communist rule.

In these times of crisis, when darkness seems to encroach from every side, we would do well to stand beside our ancestors, who have taken up the Rosary for nearly a millennium and begged Mary’s intercession for the protection of the faithful. Pope Pius XI called the Rosary a powerful weapon, saying, “If you desire peace in your hearts, in your homes, and in your country, assemble each evening to recite the Rosary. Let not even one day pass without saying it, no matter how burdened you may be with many cares and labors.”

More than just a weapon, the Rosary is a healing balm, a meditation on the life of Christ that calms our hearts and strengthens our souls. “We put great confidence in the Holy Rosary,” said Venerable Pope Pius XII, “for the healing of evils which afflict our times.” Even those of us who may struggle to pay attention or truly enter in to the Rosary will find, in time, that the rhythm of the prayers soothes the sin-sick soul even when the mind is less focused than we might like.

Read more:
Tiny reflections that will make your Rosary into a real meditation

You might choose to pray the Rosary as you drive, to recite it in your parish, or to corral your children and attempt a daily family Rosary. You might pray a Scriptural Rosary or listen to songs reflecting on each mystery. You might pray all four sets of mysteries each day or you might only manage one decade. But if the state of the Church has you desperate to do something, desperate to fight for the protection of the innocent and the purification of the Church, pray the Rosary.

Read more:
Pope asks people of God to unite in 3 specific prayers in October, to protect Church from devil

October is the month of the Rosary and as good a time as any to take up this devotion that has brought peace to so many hearts. It’s a Marian devotion, yes, but it’s also a Bible study, a lullaby, and a powerful weapon. “Give me an army saying the Rosary,” said Bl. Pope Pius IX, “and I will conquer the world.”

May Our Lady, Queen of the Most Holy Rosary, transform our hearts and purify our Church through this most powerful of prayers.

Read more:
The 2 most common errors of those who pray the Rosary