The Monastery of Our Lady of Qannoubine offers silence and space for that still, small voice of God.

Silence. The stillness of the air lying deep within the Qadisha Valley creates a soul-deep peace in all who enter. Devoid of all the distractions of a world that dominates and controls our every thought, the valley’s peace embraces those seeking its silence, offering freedom from the tyranny of noise that drowns out one’s own identity and that still, small voice of God.

It’s no wonder that the Qadisha Valley has been the central point in Lebanese Christianity for more than 1,600 years. [Read Part One for a primer on the Valley]

The Monastery of Our Lady of Qannoubine

Just below the rocky ridgeline, high up on the western face of the steep cliffs, sits the Monastery of Our Lady of Qannoubine, which is among the oldest monasteries in the world. The monastery’s humble beginnings can be traced back to around the year 375, when it was a meager cave. It grew out from its stony birthplace into a labyrinth of tunnels, caverns and buildings adorned with centuries-old frescoes and ancient cave writings.

While the early history is somewhat obscured by the lack of written records, there are some indications from fragments of manuscripts, cave drawings and tradition that weave together a tale of some of the first Christian monks settling here to find solace and flee from persecution.

The name Qannoubine, meaning “community of monks” or “communal,” is thought to have been adopted as early as its origins. The reference to Our Lady is also suspected to have been given at that time, but the exact genesis of the name remains a mystery. In spite of this, the Blessed Mother’s centrality to the monastery cannot be understated and perhaps its most beautiful fresco is that of the Coronation of Our Lady of Qannoubine by the Holy Trinity, located in the main Church.

By the 15th century the monastery’s unique location and easily defensible position made it a sort of “fortress palace” for the Maronite patriarchs, which lasted well into the 19th century. In addition to offering a shelter from the clamor of the world, it became a shelter from would-be attackers. Many secret tunnels were cut through the rocks linking caves and escape routes in the unlikely event that a patriarch would need to be protected.

Around the year 1830 the monastery was divided by a large wall to allow for religious women to take residence alongside the men. And in modern times, its care and preservation is managed largely by a community of Antonine nuns. The nuns ensure that the monastery maintains its identity and rich history while warmly welcoming pilgrims from every nation to visit, pray and bask in the solace of its silence while contemplating the lives of those whose faith led them to this place so many centuries ago. 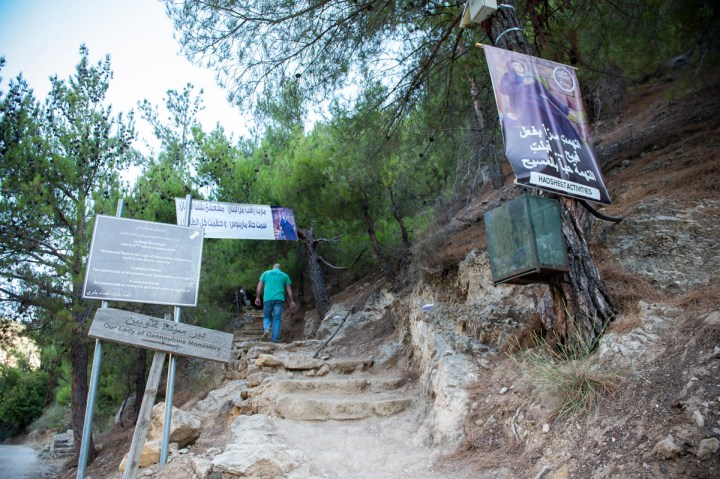