Is it possible to believe in both God and science? 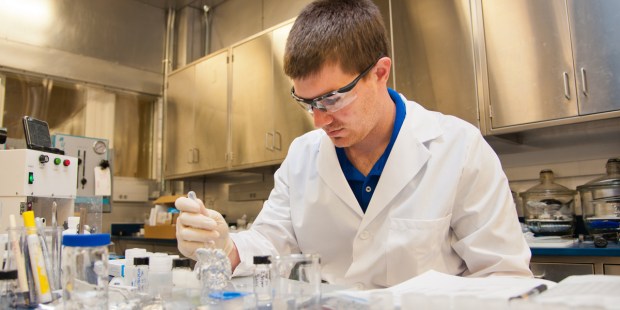 Scientific knowledge is essential to describing phenomena, but it cannot explain the existence of the “thing” being described.

Do Christians have to choose between science and God?

The clash between religion and science appears inevitable and intractable. These days one is either a scientist, a believer in science, or—you know—an “ignorant believer” in God.

The power of science to describe nature, to pursue and bring to light causal links, and to exploit them to create new applications in both technology and therapeutic interventions, is colossal.

Is it any wonder, that beguiled by his own gift for asking questions and getting answers, the scientist can be so full of himself that there is no room for a Creator? To believe so confidently that information that comes to us in any other way but through the scientific method is suspect?

But there are those who are both scientist and believer. Just look what the Society of Catholic Scientists is doing to shed the light on this false dilemma proclaimed boldly by the culture and take a look at a few examples of scientists whose belief in God did not hinder their major contributions to science.

Can science tell us everything we need to know?

The accumulation and availability of information in our time is breathtaking. Conclusions from the latest research can be proved false by other information before the public has had time to digest it, but many sweeping generalizations linger in the public consciousness.

One of the most significant distinctions we need to take in is this: Science and scientific laws describe phenomena but cannot explain the existence of the “thing” being described.

John Lennox uses a simple example: ask any physicist/scientist what energy or gravity is and they may tell you about the “laws” of gravity and energy or describe what they do but cannot really say what gravity or energy actually is.

Do we really have to choose between science and God?

It seems more important than ever to ask the question: What are the limits of what science tells us about the world? Or even more pointedly, what can and can’t it tell us about God?

Let’s listen while Fr. Spitzer explains what we can and cannot know about God through the lens of science.

There has always been an inquisitive and energetic band of scientists and believers who have well understood that there is no conflict between deeply held beliefs about God, the human person, and the sometimes startling but magnificent discoveries revealed when we answer questions arising from the human desire to know the truth about everything.

We want to have an integrated vision of the human person and our place in the cosmos.

The Magis Center has been answering this heartfelt need for more than 10 years, and recently has added a great free resource, Credible Catholic.

Begin your quest here with informative articles and answers to your questions about the existence of God, evidence for a transcendent soul, the reality of Jesus, and for an integrated understanding of happiness and suffering,

Blessings for your journey!