Downsizing our souls: What’s the “stuff” that keeps us from real life? 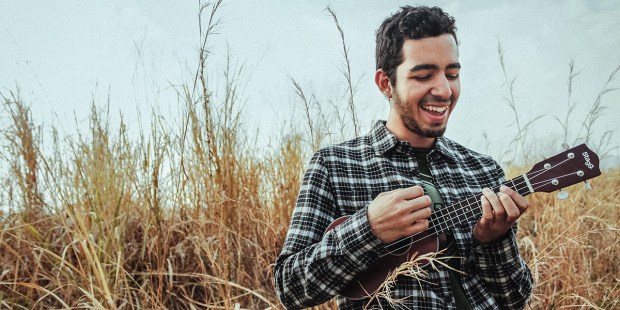 Note what kind of riches it is that God loves. Note what wealth he demands that we should store up for children.

As Jesus was setting out on a journey, a man ran up, knelt down before him, and asked him, “Good teacher, what must I do to inherit eternal life?”… Jesus, looking at him, loved him and said to him, “You are lacking in one thing. Go, sell what you have, and give to the poor and you will have treasure in heaven’ then come, follow me.”

At various times in our lives, each of us reaches moments of decision—”watershed moments”—that mark a change or turning point in the course of our future. These moments of decision can include the choice of what college to attend, whether to extend or accept a marriage proposal, or to enter seminary or religious life. These moments are a fundamental part of our journey of faith, as well.

The first is St. Francis of Assisi. Originally the spoiled and rakish son of a wealthy cloth merchant, Francis’ turning point came when he returned to his home from war and imprisonment as a sick and defeated youth. He recognized that his life and its trajectory no longer made sense and he felt himself being called to something new. The decisive moment came a short time later when he stripped off his clothes and stood naked before his father and the bishop and people of Assisi—stripping himself of his old life—to set out on a way of discipleship that would help reshape Christianity.

The second example is much more subtle, but no less significant: St. Teresa of Kolkata. Born in Albania in 1910, she had entered the Sisters of Loreto in Ireland before being assigned to her order’s schools in India. The Bengal Famine of 1943 and the Hindu/Muslim conflicts of 1946 had plunged Kolkata into extreme poverty and famine. On September 19, 1946, Sister Teresa experienced her “call within the call,” realizing that she was being asked to “leave the convent and help the poor while living among them.” In that moment, as one biographer observed, “Sister Teresa” became “Mother Teresa.” She would go on to establish the Missionaries of Charity.

Like St. Francis and St. Teresa—as well as the seven new saints to be canonized by Pope Francis this weekend—the young man of today’s Gospel is faced with an opportunity and a choice. Already a righteous, faithful man, he seems to recognize that something more was being asked of him. Perhaps it was a sense that simply keeping the commandments wasn’t enough, or he might have seen the joy in Jesus’ closest followers and wanted that for himself. Regardless of the reason, he approached Jesus and asked what more was required of him and Jesus clearly told him the cost of being a disciple: Let go of everything that was holding him back from giving himself completely to God.

Read more:
Pope points out what God says BEFORE he gives the Commandments

We can understand the man’s frustration and confusion. Although he had always observed the commandments, “he went away sad, because he had many possessions.” Jesus was asking him to shift his focus from earthly possessions and concerns to the things of God.

We have to realize, however, that Jesus isn’t only talking about the “possessions that possess us.” While that is certainly a key part of the text, we also have to keep in mind that material goods and possessions are gifts that can enrich our lives. Instead, Jesus is talking about the danger of having a divided heart. The issue at stake is whether or not we are willing to let go of all the stuff we use to self-medicate and insulate ourselves from life’s challenges and the demands of discipleship.

Read more:
Do you have some well-mannered demons secretly living in your heart? Francis invites us to ask

When we hear the words from Mark’s Gospel alongside the First Reading of this Sunday’s Mass (Wisdom 7:7-11), we realize the Wisdom of God—Christ—is worth more than any sort of riches or possessions. And, like the king in the First Reading, we should be willing to let go of everything else to accept the greatest treasure of all: “I prayed, and prudence was given me; I pleaded, and the spirit of wisdom came to me. I preferred her to scepter and throne, and deemed riches nothing in comparison with her, nor did I liken any priceless gem to her … Yet all good things together came to me in her company, and countless riches at her hands” (vv. 7-8, 11).

And this brings us back to where we began with this reflection. When we have those watershed moments in life, we are often left permanently changed by the decisions we make, particularly when we have chosen the good. We have only to look within our families and around the Church to see how God rewards our single-hearted devotion.

The choice is ultimately ours to make. We can hold on to what we have now, or we can let go of what possesses and divides our hearts and accept the invaluable richness of God’s grace and love: “Jesus said, ‘Amen, I say to you, there is no one who has given up house or brothers or sisters or mother or father or children or lands for my sake and for the sake of the gospel who will not receive a hundred times more now in this present age.’”

What is God asking you to give up, so that you might be a more faithful disciple?

What have you already let go of?

How do you pray for and support those who have made sacrifices in living out their vocation to priesthood, the permanent diaconate, religious life, marriage, and the single life?

Words of Wisdom: “Note what kind of riches it is that God loves. Note what wealth he demands that we should store up for children. Note what possessions he especially orders us to guard: faith, fear of God, modesty, holiness, and discipline. Nothing earthly, nothing base, nothing perishable or transitory.”—Salvian the Presbyter