How to help your kids avoid video game addition 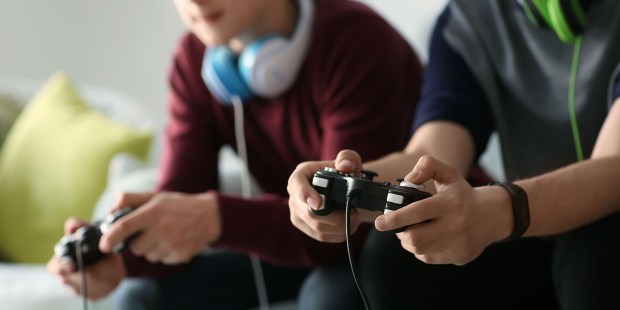 Today’s video games aren’t the same as the ones when you were young.

Among the many things that have changed in recent years, nothing has impacted society as much as the “microelectronics revolution” that has exploded everywhere, according to the Spanish sociologist Manuel Castell, who specializes in information technology and communications research.

While video games are nothing new (they were around when many of us were kids), the scenario around them is drastically different: Few video games were portable, so nothing was behind our parents’ backs. Going to a video arcade cost money, and once you were out of money — or mastered the game — it was over.

Today, this Nintendo generation often oversees their kids in the same way their own parents did — and that’s the first mistake because the rules of the game have radically changed.

Your children don’t need to borrow money to play a video game — many can be downloaded for free (getting them hooked so they will later make in-app purchases). That video game will never become repetitive, because it continuously develops new scenarios that are downloaded over the internet. The game challenges are permanently renewed because the opponent in the game is no longer a static computer system, but friends or even strangers with whom players interact virtually. Behind the screens, there are people whose whole purpose in life is to make customers spend as much time (and money) as possible glued to their screens.

What are the risks?

Child and adolescent psychologist Belén Mata at the Austral University Hospital in Argentina believes that “video games don’t, as such, pose an intrinsic risk to children: it depends on the particular content and the use they make of them.” Among the guidelines she offers families for responding to the fascination of video games, especially among boys, she suggests closely accompanying children in their exploration and use of the games. “Young children need parents to explain the contents of what they are viewing, so as to think about and understand” its impact. She recommends to parents: “Try watching TV or videos with your children, talk about them with them, and spend some time playing some of their favorite video games with them. Help your children develop a critical eye or a discerning mindset,” she suggests.

Mata clarifies that it’s necessary that parents establish clear and precise rules and limits in the use of technology, a decision that naturally implies “embracing conflicts which many parents prefer to avoid, because they want to maintain ‘conflict-free relationships’ with their children, thus abdicating their role as guides, which children actually need.”

An addiction to video games can lead to these behavioral changes to which parents should be attentive:

To sum up, Mata invites parents to:

Doctors Camila Giménez and Celeste Berecoechea, family physicians at the Austral University Hospital, say that “it’s all about generating healthy habits.” They insist on making an effort to provide alternatives for keeping their children physically and mentally active. In that regard, they believe it’s a good idea to “always encourage physical activity as a healthy habit, incorporating it into their daily routine.”

They add that, “the role of adults is crucial in developing alternatives (to video games), creating shared activities that can acquire a special meaning for all parties involved. Activities such as cooking or doing chores together, family games and sports, going for a walk, engaging in word games and fostering reading habits, can all become appealing activities to a child if an adult is involved.”

So, stay involved and help them enjoy the real world. That’s the best strategy to keep your children “video game addiction” free!

Read more:
6 Take-aways from a dad in the video game industry