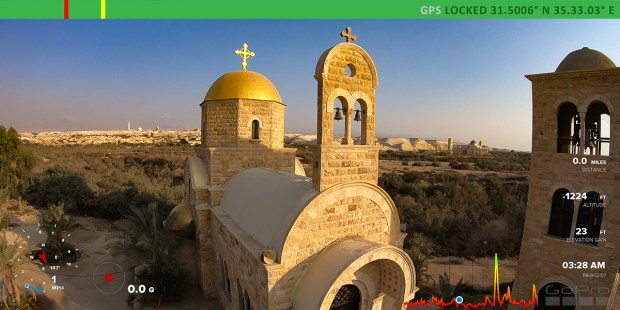 By far the ultimate GoPro Moment …

Click here to launch the slideshow
“Unfortunately, we won’t be able to use a drone at the baptism site due to its proximity to the Israeli border,” said the voice on the other end of the line. And that was that, or so we thought. Members of the Aleteia Video and Image department were leaving for Jordan to capture footage and stills for several upcoming productions, and at the heart of this was the perhaps the unrealistically optimistic hope that a drone could be used for overhead shots of the several locations.