St. Luke got the greatest interview of all time 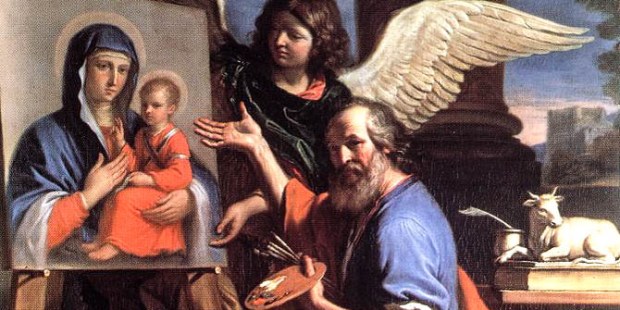 He begins his Gospel telling us he’s done his homework and talked to eyewitnesses.

There’s a school of thought in biblical studies that each of the four Gospels was written for a particular audience: Matthew for the Jews, Mark for Roman Christians, Luke for Gentiles (especially Greeks), and John for a later Christian audience already familiar with the story of Jesus.

There are indicators throughout each to support this theory. Matthew’s Gospel is filled with allusions to the Old Testament prophets and seems to be trying to persuade a Jewish audience that Jesus is the Messiah they have been waiting for.

Mark’s Gospel begins and ends with an affirmation that Jesus is “the Son of God,” in contrast to the Roman emperor, who styled himself divi filius.

Luke writes in the mode of the Greek historians like Herodotus and Thucydides.

And John’s is the most theologically complex of all the Gospels.

But now on the feast of St. Luke, it’s worth pondering his Gospel for a moment to consider what treasures may be hidden within it that we do not realize.

Luke begins his Gospel with a statement of intent: He tells Theophilus that he has endeavored to “compile a narrative of the things which have been accomplished among us, just as they were delivered to us by those who from the beginning were eyewitnesses and ministers of the word” (Luke 1:1-2). Compare this with the beginning of Herodotus’ The Histories: “These are the researches of Herodotus of Halicarnassus, which he publishes, in order to preserve from oblivion the remembrance of former deeds of men.” Both men are establishing their credibility as historians by claiming essentially that they’ve done their homework, by “researches” and talking with “eyewitnesses.”

It is especially important for us as Christians that Luke states he has composed his narrative by talking with those who were involved in the life and ministry of Jesus “from the beginning.” Luke himself was not an apostle; as far as we know, he never knew Jesus. Matthew and John, of course, were two of the Twelve, but Mark and Luke were traveling companions of St. Paul, as Luke tells us himself in the Acts of the Apostles. (Mark also traveled with Peter.) Thus Luke would have gained his knowledge of Jesus from the apostles, from sitting at their feet and hearing their preaching.

Each of the Gospels has unique material, stories, and parables that do not appear anywhere else. Yet some of the content of Luke is truly remarkable when we think about it. It’s one thing for Matthew or John to bring forward different stories from their time with Jesus, or for Mark to recount some memory of Peter. But some of the details in Luke likely would not have come from the apostles, since Luke records events that predate their arrival on the scene by quite a bit. I’m referring, of course, to the events surrounding the birth of Jesus.

True, Matthew’s Gospel does give us a brief account of the circumstances of the birth of Jesus, and of the flight into Egypt (which is unique to his Gospel), but Luke gives us much greater detail. Luke tells us of the visits of the Archangel Gabriel both to Zechariah and to the Blessed Virgin Mary. Luke gives us a precise recounting of the birth of Jesus: the Roman census, the journey to Bethlehem, the visit of the shepherds—even the intimate moment of the child being wrapped in swaddling clothes and laid in a manger. He also tells of Jesus’ circumcision as an infant and the finding in the temple at the age of 12. Where did Luke get all of this extraordinary detail? The key is in Luke 2:51—“His mother treasured all these things in her heart.”

Read more:
The mystery of the Rosary when it’s actually easy to relate to Mary

Luke tells us that he has talked to all of the key eyewitnesses of Jesus’ life. And the closest witness, the chief witness, the only one who would be able to tell all of these stories from Jesus’ childhood and before, would be the Blessed Virgin Mary. This is why many saints and theologians throughout the centuries have believed that St. Luke consulted with the Blessed Virgin in the writing of his gospel. Talk about the greatest scoop interview of all time!

This is one reason that Luke’s has always been my favorite Gospel. It seems likely that in it we are hearing the words of the Mother of God herself. Through Luke’s account, we are allowed to treasure the very same things that Mary did. What a blessing!