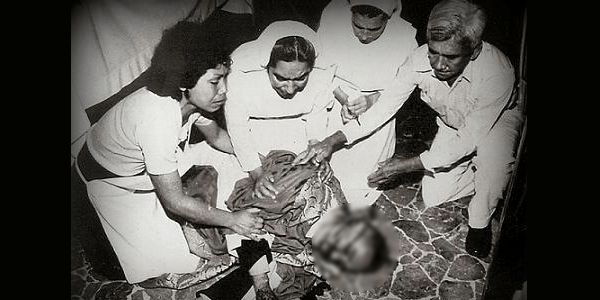 A 78-year old former soldier is the last surviving suspect in the 1980 assassination of the recently canonized saint.

A Salvadoran judge ordered the arrest of a former soldier who is suspected of murdering the recently canonized Archbishop Oscar Romero, who was shot dead will celebrating Mass in 1980.

The order, which was issued on Tuesday, calls for the arrest of Alvaro Rafael Saravia, a 78-year-old former member of the military, reported Reuters.

Saravia has long been a suspect in the murder, but had his case dismissed after an amnesty law passed in 1993 banned the prosecution of crimes connecting to El Salvador’s civil war.

That law was overturned in 2016, and Saravia’s case was reopened a year later.

While he was the only one ever charged for the crime, Saravia is thought to have been a minor player in the murder of Romero, who was declared a saint on October 14.

The suspected ringleader of Romero’s assassination is Roberto d’Aubuisson, who died in 1992. As founder of the far-right Nationalist Republican Alliance (ARENA), d’Aubuisson is thought to have been behind numerous murders perpetrated by “death squads” during the civil war, which cost the lives of  75,000 people between 1980 and 1992.

In 1993, after a U.N. Truth Commission found that the Salvadoran military had committed 85 percent of the atrocities during the country’s civil war, including Romero’s murder, ARENA pushed through the amnesty law to shield those involved in the killings from persecution, reported the National Catholic Reporter. Since the Salvadoran Supreme Court struck down the amnesty law last year, hundreds of cases have been filed, but few have been reopened.

The case against Saravia, which was filed on behalf of one of Romero’s brothers, accuses the former soldier of procuring the weapon and vehicle for the murder.

Pope Francis, on the occasion of Romero’s beatification, said, “His ministry was distinguished by his particular attention to the most poor and marginalized.” At the time of his murder, he was known as an outspoken advocate for the poor and a critic of the oppressive Salvadoran government.