5 of the most beautiful, awe-inspiring cemeteries in the world 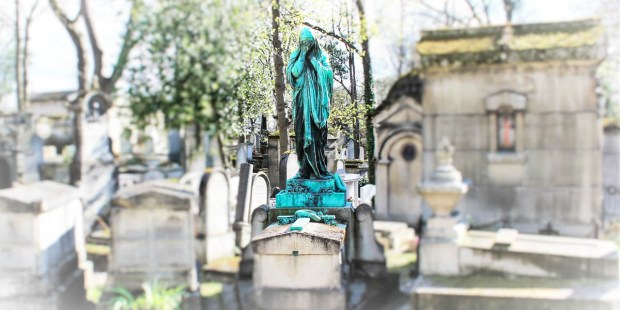 These magnificent graveyards, while associated with grief and sadness, impart a feeling of great hope.

Cemeteries are often associated with grieving and sadness. But a visual tour of the world’s most beautiful cemeteries shows that they can actually be awe-inspiring. From the tree-lined alleys of Paris Père Lachaise to the moss-covered graveyards of South Park Street Cemetery in Kolkata, burial grounds are often a testament of how Christian architecture merged with local traditions gave rise to unique structures. And for those who favor some historic exploration, looking for the tombs of the great men and women of the past can prove a rewarding activity in some of these world-class mausoleums.

Built in 1790, Cmentarz Powązki is the oldest cemetery of Warsaw, Poland, holding an estimated one million people in its beautiful white and grey graves. Originally the site covered about six acres but was extended over the course of the next three centuries, reaching its current size of 108 acres. Indeed, it takes around three hours to walk around Cmentarz Powązki and visitors should not miss walking down the “Avenue of Notables (Aleja Zasłużonych),” where the cemetery’s most notable decedents are buried, from novelist and Nobel Prize winner Władysław Reymont to the women of the family of Polish composer Frédéric Chopin. The best time to visit is All Saints Day, when visitors flock to the cemetery lighting candles on every grave.

With more than 3.5 million people flocking to its hilltop location each year, the cemetery of Père Lachaise, in Paris’ 20th Arrondissement, is the most visited graveyard in the world. It owes its name to Père Lachaise, literally “Father Lachaise,” short for Father François d’Aix de La Chaise, who was King Louis XIV’s confessor. Its 108 acres contain an estimated 70,000 graves built in an eclectic mix of architectural styles, from Gothic shrines to ancient mausoleums and Haussmann-type burial chambers. Also known as the cemetery of the famous, it is home to some of the most important personalities of the 20th century, from Oscar Wilde to Edith Piaf and Jim Morrison. But this peaceful garden filled with maple, chestnut and willow trees is also home to many “common” Parisians. Right behind the Aux Morts (To the Dead) monument by French sculptor Paul-Albert Bartholomé lies an ossuary containing the remains of local citizens brought here from other cemeteries around the city.

Built in 1767, the cemetery of South Park Street in Kolkata was in use up until 1830 when it was known as the the largest Christian cemetery outside Europe and America. Its imposing burial monuments, built in a mix of Gothic and Indo-Saracenic style, hosts the remains of the British who once colonized Kolkata, including the son of English novelist Charles Dickens. Today, the cemetery and its moss-covered tombs is a protected site of the Archaeological Survey of India (ASI).

4. Cementerio de La Recoleta, Buenos Aires, Argentina
Located in the eponymous neighborhood of Recoleta in Buenos Aires, the Cementerio de la Recoleta, literally La Recoleta Cemetery, was built in 1822 around the now-decommissioned convent of the Catholic church of Our Lady of Pilar (Iglesia de Nuestra Señora del Pilar). Over the years an estimated 4,691 vaults have been built on its 14-acre area, 94 of which have been declared National Historical Monuments by the government. Some of the most famous Argentine personalities of all time have been buried in Neo-Gothic, Baroque and Art Deco structures, including former first lady Eva Peron and journalist and writer Adolfo Bioy Casares.

Built on top of a hilltop in Genoa’s Staglieno’s district, the Cimitero monumentale di Staglieno spans over an area of more than a square mile, making it one of Europe’s largest graveyards. It was built in the mid-1850s following an edict by Napoleon, who then controlled parts of northern Italy, that banned burials in within city limits. Its neo-Classical design was conceived by Genoese architect Carlo Barabino, who died of cholera before completing his project, which was taken on by his pupil Giovanni Battista Resasco. Staglieno’s trove of architectural treasures, including a pantheon, irregular marble galleries, and neo-classical colonnades, have attracted many important visitors during the 20th century, including Friedrich Nietzsche, Guy de Maupassant, Mark Twain and Ernest Hemingway, who famously declared it “one of the wonders of the world.” Many important Genoese people are buried here, including activist and politician Giuseppe Mazzini, Italian general Nino Bixio and poet and songwriter Fabrizio de André.