St. John Paul II’s first 3 Masses were for his mom, dad and brother on All Souls Day 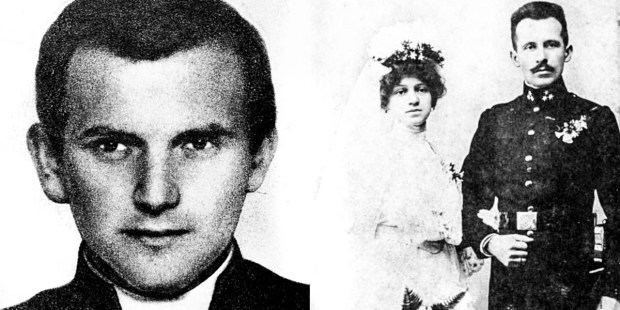 He knew it was the greatest gift he could give them as a newly ordained priest.

St. John Paul II, whose baptismal name was Karol Wojtyła, experienced loss at an early age. Wojtyła’s mother and brother died before he became a teenager and his father died by his early 20s. This greatly impacted him and shaped the decision he made next.

He felt a call to the priesthood, but this was during the Nazi occupation of Poland. Priests were big targets of the Nazis and if Karol was caught, he would likely be sent to his death. Despite the threats to his life, Wojtyła secretly enrolled as a seminarian and studied hard during the night shift he was given at a local chemical factory. This was a risk, as he could have easily been reported to his supervisors for neglecting his duties. Providentially Karol’s fellow workers did not bother him, allowing him to continue his clandestine studies.

The German occupation of Kraków ended on January 18, 1945, and those in the city began to rebuild all that was lost during the war, but the citizens would not rejoice for long. Russia quickly moved in to take control of Poland and sought to reign with its own oppressive Communist agenda. Poland was still not free.

However, intellectual life was allowed to reemerge, which resulted in the resurrection of the historic Jagiellonian University. Karol Wojtyła completed his theological studies and finished preparations for the priesthood.

On November 2, Father Wojtyła celebrated three Masses and offered them for his mother, brother, and father, respectively. His first Mass was said in the Wawel Cathedral in Kraków, on an altar located in the crypt of St. Leonard, among the tombs of kings and national heroes.

It was a day of joy and sorrow; Karol rejoiced in the glory of the priesthood but also mourned that his parents and brother could not be present with him. He knew that offering the Mass for the repose of their souls was the greatest gift a priest could offer.

He later wrote as pope about the custom of praying for the dead and encouraged others to practice it.

… In entrusting them to the Lord we recognize our solidarity with them and share in their salvation in this wondrous mystery of the communion of saints. The Church believes that the souls detained in purgatory “are helped by the prayers of the faithful and most of all by the acceptable sacrifice of the altar,” as well as by “alms and other works of piety.” “In fact, that same holiness, which is derived simply from their participation in the Church’s holiness, represents their first and fundamental contribution to the holiness of the Church herself, which is the ‘communion of saints.'”

I encourage Catholics to pray fervently for the dead, for their family members and for all our brothers and sisters who have died, that they may obtain the remission of the punishments due to their sins and may hear the Lord’s call: “Come, O my dear soul to eternal repose in the arms of my goodness, which has prepared eternal delights for you.”

Read more:
What are Mass intentions?

Read more:
16 Quotes from St. John Paul II about the essentials in life