Anthony Hopkins opens up about faith, alcoholism, and success 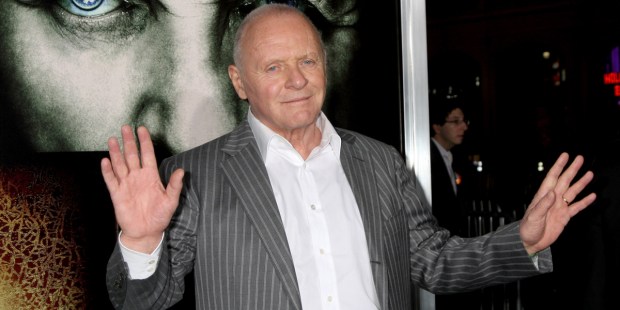 The illustrious actor’s whole life changed when a woman asked him, “Why don’t you just trust in God?”

For many of us, it’s hard to think of Anthony Hopkins without bringing to mind his chilling portrayal of Hannibal Lecter in The Silence of the Lambs, a performance for which he won the Academy Award for best actor. Sure, he can act the part of an unrepentant evil man unblinkingly, but in reality he is a humble man with a strong Christian faith.

Hopkins was recently invited to be the guest speaker at the 11th annual Leadership, Excellence and Accelerating Your Potential conference (LEAP), where he talked to a crowd of nearly 500 high school and college students. He advised them:

Later in his speech, while recalling the early years of his career, he opened up about his struggle with alcoholism, describing himself at that time as “disgusted, busted and not to be trusted.” Hopkins said the theater culture didn’t help:

“Because that’s what you do in theater, you drink,” the 80-year-old actor explained. “But I was very difficult to work with, as well, because I was usually hungover.”

In 1975, when he was 37, the Welsh actor realized that he was a danger to himself and others when he drank and so he turned to Alcoholics Anonymous. In an interview with CNN’s Piers Morgan, Hopkins described his alcoholism:

“It was like being possessed by a demon, an addiction, and I couldn’t stop. And millions of people are like that. I could not stop.”

It was at an AA meeting that a woman made a suggestion that changed his life: “Why don’t you just trust in God?”

The woman’s idea almost seemed too simple to work, and Hopkins might have rejected it, as he considered himself an atheist at the time. Be it touched by grace, or in the depths of desperation, he took the advice and as he tells it the desire to drink was taken from him, “never to return.” He has held fast his faith ever since.

Shortly before the release of his 2011 film The Rite, where he played a priest, he spoke with The Catholic Herald about atheism, which he compared to “living in a closed cell with no windows”:

“I’d hate to live like that, wouldn’t you? We see them, mind you, on television today, many brilliant people who are professional atheists who say they know for a fact that it’s insanity to have a God or to believe in religion. Well, OK, God bless them for feeling that way and I hope they’re happy.”

He added: “But I couldn’t live with that certainty, and I wonder about some of them: why are they protesting so much? How are they so sure of what is out there? And who am I to refute the beliefs of so many great philosophers and martyrs all the way down the years?”

Hopkins’ career has spanned nearly six decades and he is widely regarded as one of the greatest living actors of his generation. This year, after starring in the second season of Westworld, Hopkins will be portraying Pope Benedict XVI in the upcoming Netflix feature, Pope.