Father Lawrence Lew is a Dominican friar who has been dedicated to photography for many years. His photos have not only been featured in several international newspapers and magazines, but they have also helped many people meet Christ on their journey of faith.

Check out the beautiful photographs of Father Lew: 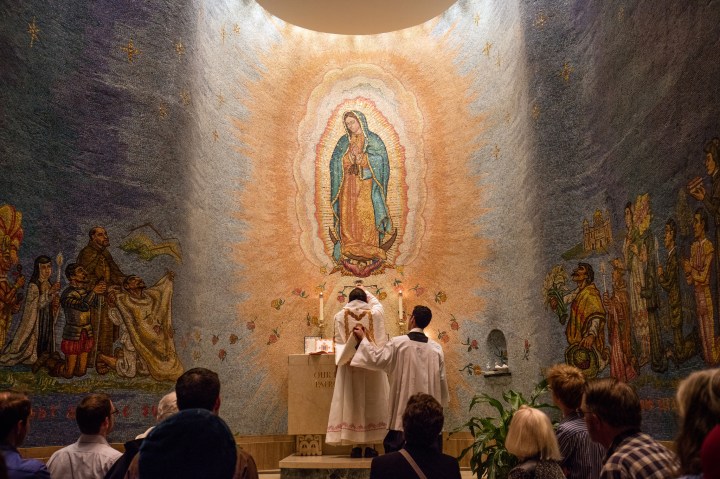 Lawrence was born into a Protestant family in Kuala Lumpur, Malaysia, and attended high school in Singapore, where he converted to Catholicism. During his last year at university, he thought seriously about a religious vocation.

During his travels, he used to take pictures using a very simple camera. Then, in the year 2000, he went as a pilgrim to Rome and saw that his bishop was using a digital camera. It was the first time he had seen such a camera. Full of his new enthusiasm, he asked his father if he could have one that year.

He entered the Dominican novitiate in Cambridge, England, in September 2005. He decided to bring along a high-quality camera, thinking it was a good hobby that would push him to leave the cloister and explore the world around him.

Little by little, it became a way to contemplate the beauty of God’s creation and sacred art in the churches. It also became a kind of “job,” since he would document aspects of his Dominican life within the order.

The meaning of a good photograph

Father Lawrence says that when God created the good and beautiful universe, the first thing he made was light; then everything else followed its proper order, written, so to speak, in the existence of the divine energy of God that “dwells in unapproachable light” (1 Tim 6:16).

Thus, photography, which literally means to write or draw with light, is analogous to the wonder of God’s creative activity, because light is also used to create a beautiful image, a photograph.

A good photograph captures something of the person being photographed. It is said that among certain tribes or peoples who were new to technology, the people feared that something of their soul would be captured, or stolen, by this magical device that is the camera.

There is something in this superstition that is true: a good photograph must “capture” and thus convey something of a person’s metaphysical goodness and reveal his or her beauty.

In this sense, photography is an act of preaching: one contemplates the goodness of God’s creation, and then the result of that contemplation. This is precisely one of the mottoes of the Dominican Order to which Lawrence belongs.

According to the priest, many things start with “looking” at our world. That is his goal: to invite others to look and see the many beautiful things of creation, whether in nature, animals and plants, buildings, or — most importantly, but most difficult for a photographer — in people and their relationships with the rest of creation.

“In my experience, a portrait or any type of photography that involves people is the most difficult type of photography. But, as I see it, it’s a privilege and a gift if a photographer can help reveal to another person the beauty of who they are, how they are.”

The conversion story behind a photograph

The priest recalled a picture he took of a statue of the Immaculate Conception in the main church of the Jesuits in London, and shared how he was touched to learn that a woman from the United States was so moved by the image in his Flickr gallery that she went to look for the statue of Our Lady in London.

Subsequently, she and her husband attended the Rite of Christian Initiation of Adults (RCIA) and became Catholics in that same church. For him this points to the grace of God working through photographs by means of social networks, where he believes that God is present.

“My role, I believe, is to point out Christ to others using these photographs. Like Mary, I just want to say: Do whatever He tells you!“