There are new, encouraging recommendations for having babies closer together 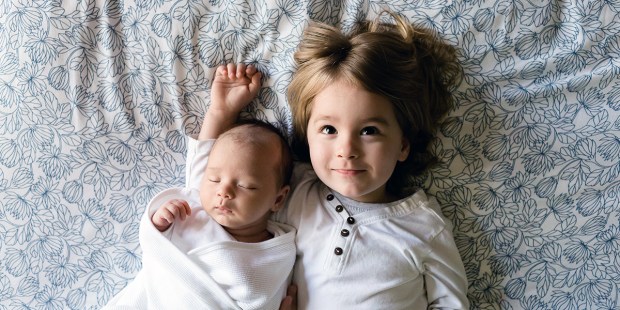 These new findings on a previously controversial subject are great news for Catholic couples.

Planning a family comes with countless considerations, desires, and questions — hoping for a specific number of children you’ll have, when you’ll begin trying to conceive, whether you’ll adopt or foster, and how to manage multiple small children at one time. But perhaps one of the most confusing and controversial considerations when thinking about building your family is the spacing between pregnancies.

Previously it was widely accepted that for medical reasons alone, women should wait at least 18 months between pregnancies — ideally up to 24 months according to recommendations from the World Health Organization. Though this recommendation may have caused anxiety for couples who conceived children closer together, some new research should put their fears at ease.

According to a study by the University of British Columbia (UBC) and the Harvard TH Chan School of Public Health, the ideal length of time between giving birth and becoming pregnant again is 12 to 18 months. The study, which is published in JAMA Internal Medicine followed nearly 150,000 births in Canada.

While the optimal amount of time between pregnancies is somewhere between 12 to 18 months, the study did find evidence that waiting anything less than 12 months is associated with increased risks to the mother, as well as the baby. The study’s lead author, Laura Schummers, explained that “Our study found increased risks to both mother and infant when pregnancies are closely spaced, including for women older than 35.” But “closely spaced” no longer means what it used to—and this is very positive for families hoping to conceive children in a shorter amount of time.

For many couples who may be starting their families later in life, waiting two years between pregnancies might have seemed like an eternity. Senior researcher and study author Dr. Wendy Norman says that older couples don’t need to worry about making sure each pregnancy is spaced so far apart, and called the study “encouraging” especially for mothers over the age of 35. “Older mothers for the first time have excellent evidence to guide the spacing of their children,” she said. “Achieving that optimal one-year interval should be doable for many women and is clearly worthwhile to reduce complication risks.” The positive news isn’t limited to older women, however. The conclusion of the study said “Our findings indicate a shorter optimal interval than previously thought (12-24 months) for women of all ages. This finding may be reassuring particularly for older women who must weigh the competing risks of increasing maternal age with longer interpregnancy intervals (including infertility and chromosomal anomalies) against the risks of short interpregnancy intervals.”

The choice to have children closer together is one that brings countless extra joys (and admittedly some extra challenges!) for many families. These new recommendations are encouraging for couples who want to get started on having babies and don’t want to wait too long between them.