What do Catholics believe regarding cremation? 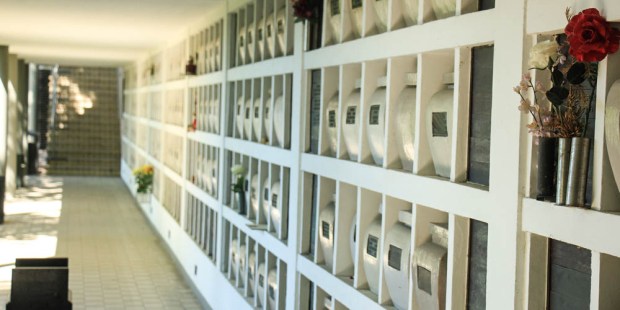 It is an accepted practice of the Church, but still has a few rules behind it.

Cremation is quickly becoming the new choice for families around the world. This is especially the case in the United States, where the number of yearly cremations has now surpassed traditional burials.

For many, cremation is a cheaper alternative to a traditional burial and relieves a financial burden on family members. For Catholics, cremation is becoming a popular choice as well, with Catholic cemeteries opening up mausoleums and giving families smaller plots for burying cremated remains.

This is something new in the Catholic Church, as cremation was forbidden until 1963.

When Christianity began to spread across Europe, the Church wanted to distance themselves from pagan funeral practices, which included cremation. It was seen by many as a denial of the resurrection of the dead, a central belief in Christianity. Some people even chose cremation as a way to refute the teaching, taunting Christians as to how their body would rise on the Last Day when it was reduced to ashes.

This official stance of the Church remained in force for almost 1,900 years, but has since been nuanced.

The reason for the Church’s adjustment is that the intentions of most people who choose cremation is no longer in opposition to any Christian teaching. In recent decades, cremation is generally sought for economic purposes, not because of religious beliefs.

The Church thus began to allow cremation. To clarify this new stance, the Vatican released a document in 2016 that stated, “In circumstances when cremation is chosen because of sanitary, economic or social considerations, this choice must never violate the explicitly-stated or the reasonably inferable wishes of the deceased faithful. The Church raises no doctrinal objections to this practice, since cremation of the deceased’s body does not affect his or her soul, nor does it prevent God, in his omnipotence, from raising up the deceased body to new life. Thus cremation, in and of itself, objectively negates neither the Christian doctrine of the soul’s immortality nor that of the resurrection of the body.”

However, this does not include cremations that are done “for reasons contrary to Christian doctrine,” which are still forbidden.

Also, the Church instructs Catholics to properly bury the created remains or inurn them in an above-ground sealed niche in a dedicated building or church space known as a columbarium.

When, for legitimate motives, cremation of the body has been chosen, the ashes of the faithful must be laid to rest in a sacred place, that is, in a cemetery or, in certain cases, in a church or an area, which has been set aside for this purpose, and so dedicated by the competent ecclesial authority.

This means that keeping ashes in a person’s home or scattering them in nature is not allowed. The Church gives the following reason behind the rule.

The reservation of the ashes of the departed in a sacred place ensures that they are not excluded from the prayers and remembrance of their family or the Christian community. It prevents the faithful departed from being forgotten, or their remains from being shown a lack of respect, which eventuality is possible, most especially once the immediately subsequent generation has too passed away. Also it prevents any unfitting or superstitious practices.

While traditional burial is still the “preferred” option of the Catholic Church, cremation can be a valid choice for many families.

In the end, whatever happens to our bodies, God will gather us together at the end of time and breathe life back into our bodies in a miraculous resurrection of the dead.

Until then, we are given the task of using the time given us to lead a virtuous life, following Jesus to the Eternal Shores of Heaven.

Read more:
When St. Gemma Galgani was visited by a soul from Purgatory

Read more:
Pray this prayer for your deceased parents