How does a saint become “the Great”? 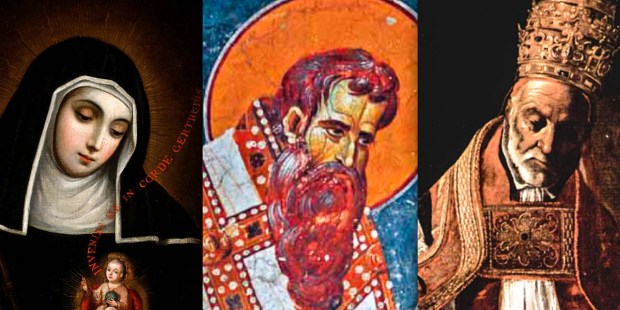 And what does it mean?

Why is that? Who determines this illustrious title?

Generally speaking, this title is given to a saint after reviewing their influence in the world and the Catholic Church. For example, St. Gregory I is known as “the Great” for his profound theological writings, strong Church leadership, and enduring contributions to the liturgy, such as Gregorian chant.

The title is also used to distinguish saints of the same names, identifying a particular saint as “the Great” who had the larger impact on the Church compared to a different saint of the same name.

It is not an official “title” that is awarded by the pope or the Vatican, though at times this may happen, as with Pope Benedict XIV who was the first to call St. Gertrude of Helfta “the Great.”

According to various Church scholars, it is a title that is given by historians many years after the death of the individual. This gives historians the ability to see the life of a specific saint in a larger context, and allows them to track their influence as the years progress.

Yet, this too does not always follow protocol. For example, St. Albert was nicknamed “the Great” before he died for his amazing intellect and deep spiritual life. He had an encyclopedic knowledge that covered a wide range of topics, which led some people to call him “the Great” during his lifetime. The nickname stuck and church historians agree that he is worthy of the title.

Most recently, many in the Church have awarded St. John Paul II the title of “the Great,” though its generally the result of popular appeal than any pronouncement by an academic Church historian.

Nevertheless, the title is one way to recognize the profound impact a saint has on the Church and world and signals them out in a particular way as a saint worthy of imitation.

Read more:
Who holds the Guinness record for fastest track to canonization?

Read more:
The saint-makers: Why did Popes John Paul II, Benedict and Francis canonize so many saints?