Courtesy of the Denver Museum of Art

To commemorate the 350th anniversary of the death of Rembrandt van Rijn, the Denver Museum of Art is displaying nearly 130 prints, paintings and drawings by the Dutch master—many of them based on biblical themes.

“Rembrandt: Painter as Printmaker,” which runs through Jan. 6, features works executed between 1625 and 1665. Most of them are on loan from the Bibliothèque nationale de France in Paris. 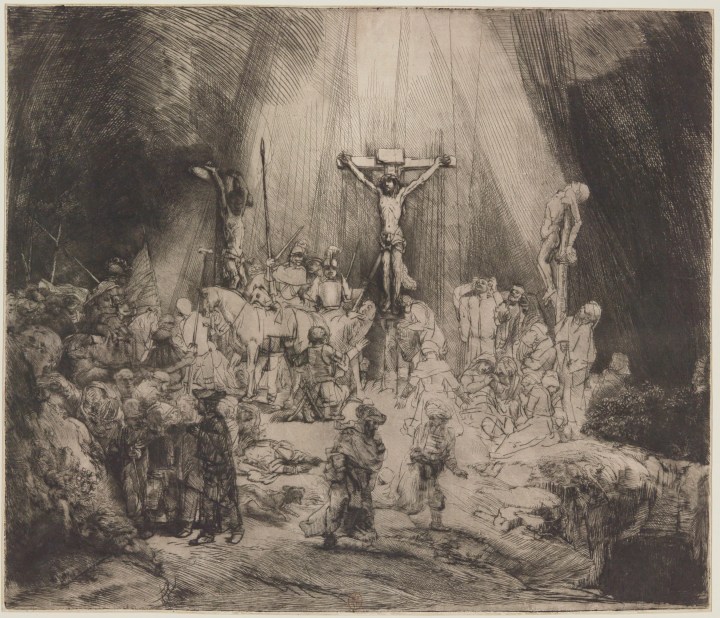 From Adam and Eve to the Acts of the Apostles, the exhibit showcases Rembrandt’s meditations on well-known passages from the Bible. A highlight of the show is the drawing “Christ Preaching,” which combines several scenes from the Gospel According to St. Matthew, including Jesus’ healing the sick, instructing his disciples to “let the children come to me,” and telling the Pharisees that “it is easier for a camel to go through the eye of a needle than for a rich man to enter the kingdom of God.”

The work is also known as the Hundred Guilder Print, so-named for the amount of money an Italian merchant originally paid for it.

“Rembrandt’s paintings aimed to capture the essence of a historical or religious event, the psychology of a sitter in a portrait, and an empathy with his native Dutch landscapes surrounding Amsterdam,” Timothy J. Standring, Gates Family Foundation Curator at the Denver Art Museum, told the Denver Catholic. “He painted these canvases with heavy impasto, bravura brush strokes, and compelling lighting. He was, after all, a consummate dramaturge, able to direct his scenes with the precision of Alfred Hitchcock or Francis Ford Coppola.”

Also featured in the exhibit is a video describing the process of printmaking.