See the freshly unearthed mosaics from a 5th-century Israeli synagogue

Mosaic depicting Jonah being swallowed by a fish, Huqoq synagogue.

The site of Huqoq continues to reveal aspects of Jewish life in Late Antiquity.

The richest, most diverse collection of mosaics ever found in an ancient synagogue continues to grow larger, as Jodi Magness of UNC Chapel Hill and her team of archaeologists excavating the Israeli site of Huqoq announce the discovery of more mosaics roughly 1,600 years old.

Earlier this summer, they reported the discovery of depictions from the Books of Numbers and Isaiah, as well as non-biblical images of what may be Alexander the Great meeting the Jewish high priest. Now, they have revealed more mosaic floor panels depicting the Tower of Babel, and what may be Jonah being swallowed by a fish.

Magness says that these images challenge many popular beliefs of Jewish prosperity during this time. It has long been believed that Jewish settlement declined during early Christian rule, but the elaborate and expensive decor of the Huqoq synagogue suggests they flourished. The revelations extend to what we know of Jewish artistic practices:

“There’s this idea that Jewish art never depicted figures,” Magness told National Geographic, “but we have plenty of synagogues from this period with figural images such as animals and people.”

The newly announced mosaics are filled with extravagant detail. On the panel that features Jonah the team was able to identify nearly a dozen different species of fish, along with a dolphin and an octopus. Magness notes:

“The Huqoq version is unusual in showing three large fish swallowing Jonah, and representing the storm winds, in the upper left corner, as Harpy-Sirens: half-female, half-bird creatures from Greek mythology.”

The Tower of Babel panel features a wide variety of workers with different skin tones, clothing, and hair. This highlights the differences God made in them as punishment for attempting to build to heaven. Magness believes the additional images of different types of labor offer important evidence of ancient Roman building techniques.

The most surprising part of Huqoq is how many important pieces of art it has yielded, especially considering how inconsequential the area once seemed. In an area which was once believed to be unreceptive to the Jewish people, we find an elaborately decorated religious center of a small, but wealthy Jewish village:

“I have no explanation” for such a grand building in a small settlement, says Magness. “It definitely wasn’t on anyone’s radar before we started excavating there.” 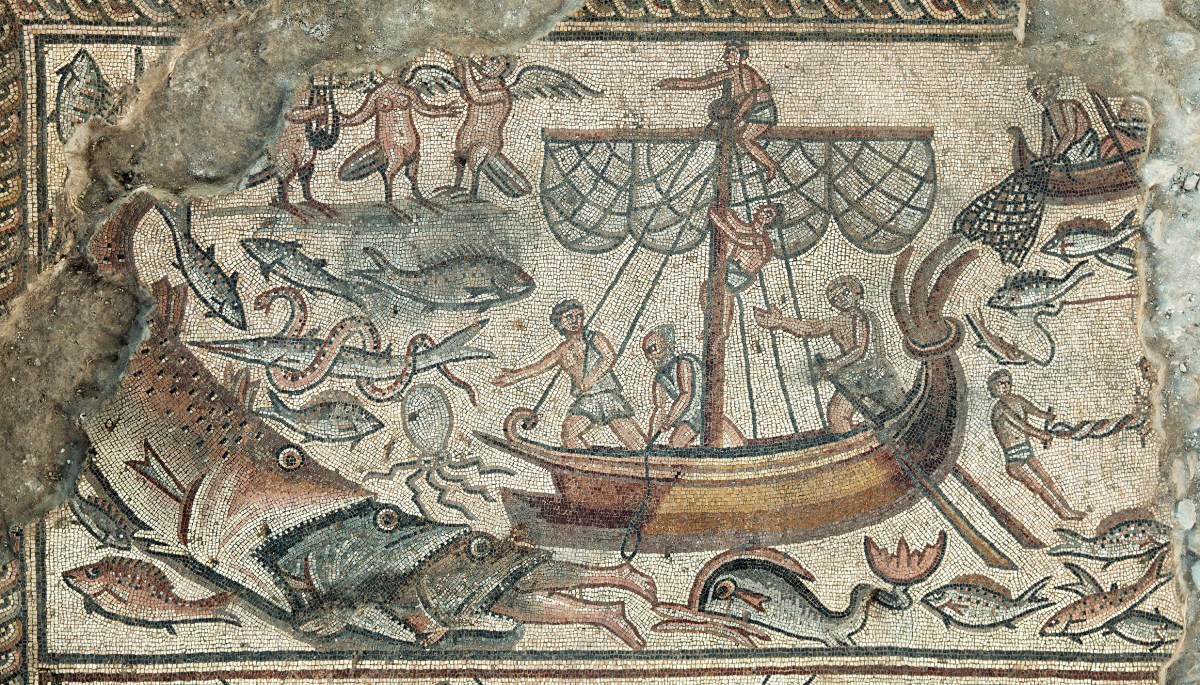