Exclusive Photos: Exploring the oldest church in the world

An archaeologist's hunch led to an incredible discovery.

Gentle sea breezes filled with the scent of salt air drift across the ancient port city of Aqaba in Jordan as the sun set low in the sky. The gleeful screams of playing children rise from the ruins of what is believed to be the world’s oldest intentionally built church, striking a curious contrast between the past and the present.

Aqaba, called Elath and Aila in ancient times, located on the northeastern tip of the Red Sea on the Gulf of Aqaba, east of the Sinai Peninsula and west of the Arabian mainland, has been an important port city for thousands of years. It is mentioned in 1 Kings 9:27, “King Solomon also built a fleet at Ezion-geber, which is near Elath on the shore of the Red Sea in the land of Edom.” The Queen of Sheba also visited the area to the court of King Solomon around the 10th century BC. But its place in the evolution of the early Christian church is only recently being discovered. 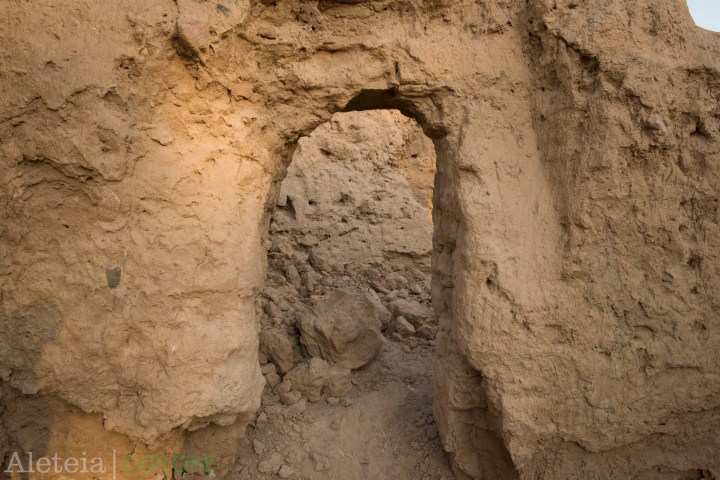 In 1998 archaeologists led by Professor S. Thomas Parker of North Carolina State University were conducting exploratory work and discovered a series of walls and a group of 24 tombs directly adjacent to them. As they continued the excavations the symmetry became apparent. What they had uncovered were the ruins of a structure, facing east, in the shape of a basilica with a central nave flanked by side aisles (Rose, 1998). There were arched doorways, what is suspected to have been a vaulted nave and a stone stairway indicating that there had been a second floor. The walls measure some 15 feet in height and about three feet thick. There are some other discoveries that even modern Christians would be familiar with; a collection box, a sacristy, a chancel and a narthex.

The church is believed to have been the seat of the Bishop of Aila (Aqaba), who was an attendee of the First Council of Nicaea in 325. This suggests the significance of the Christian community in the surrounding area.

Based on coins and other artifacts discovered at the dig, the site has been dated back to about the year 294, making it a few decades older than the Church of the Nativity (322) and the Church of the Holy Sepulchre (327) and, therefore, the oldest structure in the world built as a church. (Parker, 1998). In 2014, the Guinness Book of World Records recognized the church as the “oldest known purpose-built Christian church in the world.”

While it may be the oldest, its service was short-lived. During Diocletian’s Great Persecution of Christians from late 302-313 it is believed the church was abandoned and fell into ruin. It was restored in the decade that followed but then was finally doomed by the great earthquake of 363. What was left of it was buried by the drifting sands that entombed it until its discovery in the late 20th century.

The site is easily accessible to view from Istiqlal Street or Al-Ghazali  Steet in downtown Aqaba, just walking distance from the sandy shores of the Gulf. While the site has been partially backfilled to preserve it, there is still plenty left to see.

While gazing at the old walls one can just envision a time when the church was a place where people of faith walked from their jobs as carpenters, sailors and fishermen into this new structure dedicated to the worship of God in order celebrate Mass and recall the Christ who lived among them only some two centuries earlier.

The primitive construction techniques employed, using a stone-on-stone foundation topped with straw infused mud, would certainly not withstand the elements for a millennium, and yet the walls do stand. They stand as testament of a Faith that is alive to this day in spite of the winds of societal change and perpetual persecutions that remain unrelenting in their cause to crush it.

And in this way the ancient walls of the Aqaba church carry a message of undying hope to the faithful of today: ”Upon this rock I will build my church, and the gates of hell shall not prevail against it.”