Following Robin Hood: Join the band of the ‘Absent King’ this Sunday 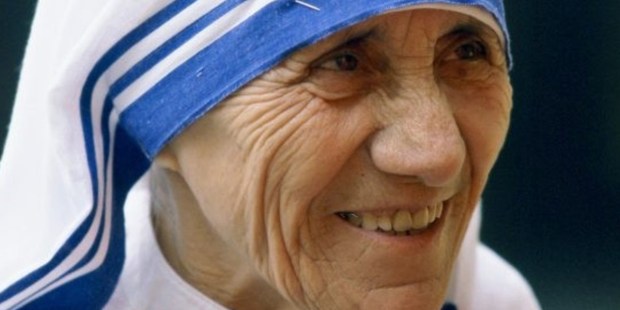 What good is Christ’s kingship if the world looks like that? Let Mother Teresa tell us

This Sunday, Jesus gives us a glorious vision of who he is: Our Lord Jesus Christ, King of the Universe (Year B). This vision is meant to sustain us through difficult times. We are meant to stay faithful to our king just as others did for before us: specifically, Robin Hood and Mother Teresa. Let me explain.

Jesus is a king of startling glory.

The second reading, from the Book of Revelation, calls him, “the firstborn of the dead and ruler of the kings of the earth,” and says, “Behold, he is coming amid the clouds, and every eye will see him.”

The King will say “I am the Alpha and the Omega, the one who is and who was and who is to come, the almighty.” We will respond, “To him be glory and power forever and ever. Amen.”

But then — in the Gospel, and in our lives — the picture gets dark.

In the Gospel, Jesus proclaims his kingship again: to Pilate, the Roman bureaucrat that is about to crucify him.

In our own day, Jesus Christ is once again under the power of much lesser men. Our schools and workplaces won’t allow us to speak of him. He doesn’t seem to be king of much of anything: The unborn have no right to life, children have no right to a mother and father, and in entertainment, his name is far more likely to be used as a curse word than as a blessing.

What good is Christ’s kingship if the world looks like that?

First, ask Robin Hood how to behave in times like these.

In the old story, King Richard the Lionheart is away in the Holy Land fighting a crusade — a mission that could take years in his day.

In his absence, his brother John, aided by the Sheriff of Nottingham, rules in a corrupt and oppressive way. When the king’s away, the true followers of the king have a very difficult time. To remain faithful to their true ruler, they must become “outlaws.”

They are a little bit like Christians today awaiting the return of Christ the King. What is our job? We are to do what we can to live his Kingdom and await his return. If his way makes us outlaws in this world, so be it. We are to be detached from the corrupt ways of the realm, helping the poor and fighting the enemies of the true Kingdom.

But make no mistake about it: Life is difficult when the king seems absent. Just ask Mother Teresa.

After St. Teresa of Calcutta said Yes to Jesus’ call to serve the poor, she experienced a “real, close, intense union with Jesus in 1946 and 1947.”

This year of closeness with Jesus — of knowing his greatness personally, and feeling as if Jesus was right by her side — filled her heart to overflowing and left her changed. It had to, because what followed were 50 years of an intense experience of Christ’s absence.

For half a century she experienced a “dark night of the soul” in which all consolation from God was gone. She went from experiencing Jesus “right by her side” to feeling that he was nowhere to be found.

But she remembered what he had told her. “Fear not,” he said. “It is I who am asking you to do this for me. Fear not.” So she stayed faithful to her king, and became an “apostle of joy” whose actions for Christ changed the world.

Jesus has not changed. He is the king of glory, the ruler of the universe.

As the Psalm says, “The Lord is king; he is robed in majesty,” and what it adds remains true, whether we see him or not: “Your decrees are worthy of trust indeed; holiness befits your house, O Lord, for length of days.”

Jesus Christ is the absent king, the king-in-waiting, the quiet king — but he remains a king. And those of us who live in his dark world should remember his words to Pilate:

For this I was born and for this I came into the world, to testify to the truth. Everyone who belongs to the truth listens to my voice.