On cyber Monday, pope warns: Consumerism is an enemy of generosity 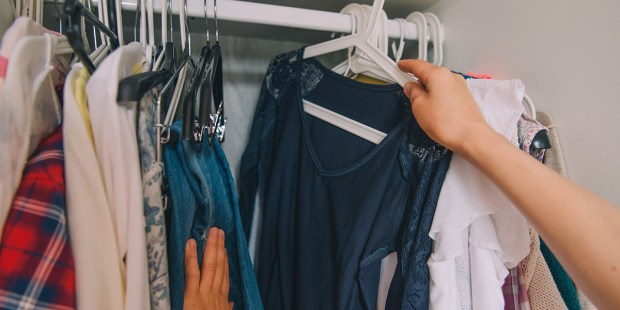 “Look through your room or your wardrobe … one way to be generous is to give what we have, and to share”

As we fill our online shopping carts this cyber Monday, Pope Francis has a warning: Consumerism is a disease and it is an enemy of generosity.

The pope spoke of this today in his morning homily in the Casa Santa Marta. His reflection was based on the readings of the day, which providentially speak to the cyber Monday spending spree.

In today’s Gospel, the wealthy “who were putting their offerings in the treasury” are contrasted with the poor widow “who put in two small coins.”

Pope Francis said the rich in this episode “are not evil” but “are good people who go to the Temple and make their offering.”

“Widows, orphans, migrants, and foreigners were the poorest people in Israel,” he said. The widow “had offered her whole livelihood,” because she trusted in the Lord. “She gives everything,” the pope said, “because the Lord is greater than all else. The message of this Gospel passage is an invitation to generosity.”

Turning to statistics about the poverty in today’s world, Pope Francis said the many children who die of hunger or lack medicine are an invitation to ask ourselves: “But how can I resolve this situation?”

An appeal to generosity. Generosity belongs to everyday life; it’s something we should think about: ‘How can I be more generous, with the poor, the needy … How can I help more?’

‘But Father, you know that we can barely get through the month.’ ‘But surely you have at least a couple of coins left over? Think about it: you can be generous with those…’

Consider the little things. For example, look through your room or your wardrobe. How many pairs of shoes do I have? One, two, three, four, fifteen, twenty… Each of us knows. Maybe too many… I knew a monsignor who had 40… But if you have many pairs of shoes, give away half. How many clothes do I not use or use only once a year? This is one way to be generous, to give what we have, and to share.

Pope Francis then told a story about a lady he met who, when she went grocery shopping, spent 10% on buying food for the poor. He said she gave her “tithe” to the poor.

We can do miracles through generosity. Generosity in little things. Maybe we don’t do it because we just don’t think about it. The Gospel message makes us reflect: How can I be more generous? Just a little more, not much… ‘It’s true, Father, you’re right but… I don’t know why, but I’m always afraid…’ Nowadays there is another disease, which works against generosity: The disease of consumerism.

Pope Francis said consumerism consists in always buying things. He recalled that, when he lived in Buenos Aires, “every weekend there was a TV show about retail-tourism.” People would hop on an airplane on Friday evening, fly to a country about 10 hours away, and then spend all Saturday shopping before returning home on Sunday.

It’s a terrible disease nowadays, consumerism. I’m not saying all of us do it, no. But consumerism – excessive spending to buy more than we need – is a lack of austerity in life. This is the enemy of generosity. And material generosity – thinking about the poor: ‘I can give this so that they can eat or have clothes’ – has an ulterior result: It enlarges the heart and helps us be magnanimous.”

Pope Francis said we need to have a magnanimous heart, where all can enter. “Those wealthy people who gave money were good; that elderly lady was a saint,” the pope said.

Finally, the Holy Father invited us to be generous and to start by inspecting our houses to discover “what we don’t need and could be useful for someone else.” We should ask God, he said, to free us from that dangerous disease of consumerism, which makes us slaves and creates dependence on spending money.

“Let us ask the Lord for the grace of being generous, so that our hearts may be opened and we may become kinder.”

Read more:
Pope: Are you making yourself a human sacrifice to your idols?

Read more:
Young people, break your mirrors! Know how to laugh at yourselves! Pope Francis recommends