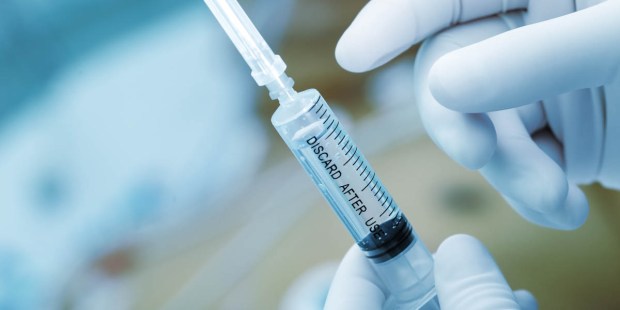 A bioethics foundation in Europe welcomed an investigation of three physicians who allegedly carried out a euthanasia on a woman with autism.

“This case shows that something is wrong with euthanasia act in Belgium,” said Carine Brochier of the L’Institut Européen de Bioéthique (European Bioethics Institute), which is based in Brussels. “What it reveals is that some physicians either do not know the law, or do not care about it.”

Euthanasia is legal in Belgium, but three doctors have been charged with failing to comply with the legal conditions for the practice. It is the first time in the 16-year history of legal euthanasia in Belgium that physicians are being criminally charged.

The case stems from a civil action brought by a sister of a 38-year-old autistic woman, Tine Nys. Nys had told two doctors and a psychiatrist that her suffering was “unbearable and incurable” so that she could qualify for euthanasia under Belgian law, LifeNews reported. She was put to death in 2010.

Like Holland, Belgium has legal euthanasia, but a candidate must prove that he has “unbearable and untreatable suffering.”

According to Irish broadcaster RTE, Nys’ sister accused the doctors of not having properly prepared the case and of taking a rushed decision when the woman had not been treated for mental issues for years.

Nys’ family says the law was broken because she was never treated for autism and so it had not been established that her suffering was “incurable.” She died only two months after the diagnosis of autism was made, and the last treatment she had received for psychological problems was 15 years prior to her death.

“I would not like to have such a doctor who euthanizes a young woman being sure that her autism is really incurable, especially after 6 months,” Brochier said in an interview.

Nys’s family called her doctors “callous” and said how little interest they had in persuading her to live, according to BioEdge. The doctor was so incompetent that he failed to bring bandages and he compared the woman’s death to “a lethal injection administered to a favorite pet to end its suffering.” The three doctors who approved the euthanasia had not communicated with each other.

A court in Ghent found that there was sufficient evidence that the conditions and procedures of the Euthanasia Act had not been observed.

“The doctors acted according to their consciences,” said Alain Légat, a defense lawyer. “And they have been dismissed as half-murderers.” The doctors can still appeal the judgement.

Meanwhile, the Netherlands also has its first criminal case regarding euthanasia. Dutch authorities are prosecuting a doctor for euthanizing an elderly woman with dementia.

In Belgium, Brochier said, there has been a conflict between two types of psychiatrists: those who say that as long as a person is alive, there is always a possibility to get better, to find a way through a psychiatric malady, and those who believe that “if the person wants euthanasia, why not?”

“How can we finance a suicide prevention campaign on the one hand, and induce death by euthanasia on the other?” she commented.