Want to make a pilgrimage to the Basilica of Guadalupe? Here’s what you need to know

Millions of people visit the Mexico's Basilica of Guadalupe on December 12 each year.

Many of us probably have heard the story behind the construction of Mexico City’s Basilica of Guadalupe. In 1531 an Aztec peasant named Juan Diego was walking on the hill of Tepeyac, now part of the Mexico City metropolitan area, when he suddenly witnessed the apparition of a young woman that addressed him in his native language of Nahuatl. The woman revealed that she was the Virgin Mary and asked Juan Diego to build a Cathedral in her honor on top of Tepeyac hill. 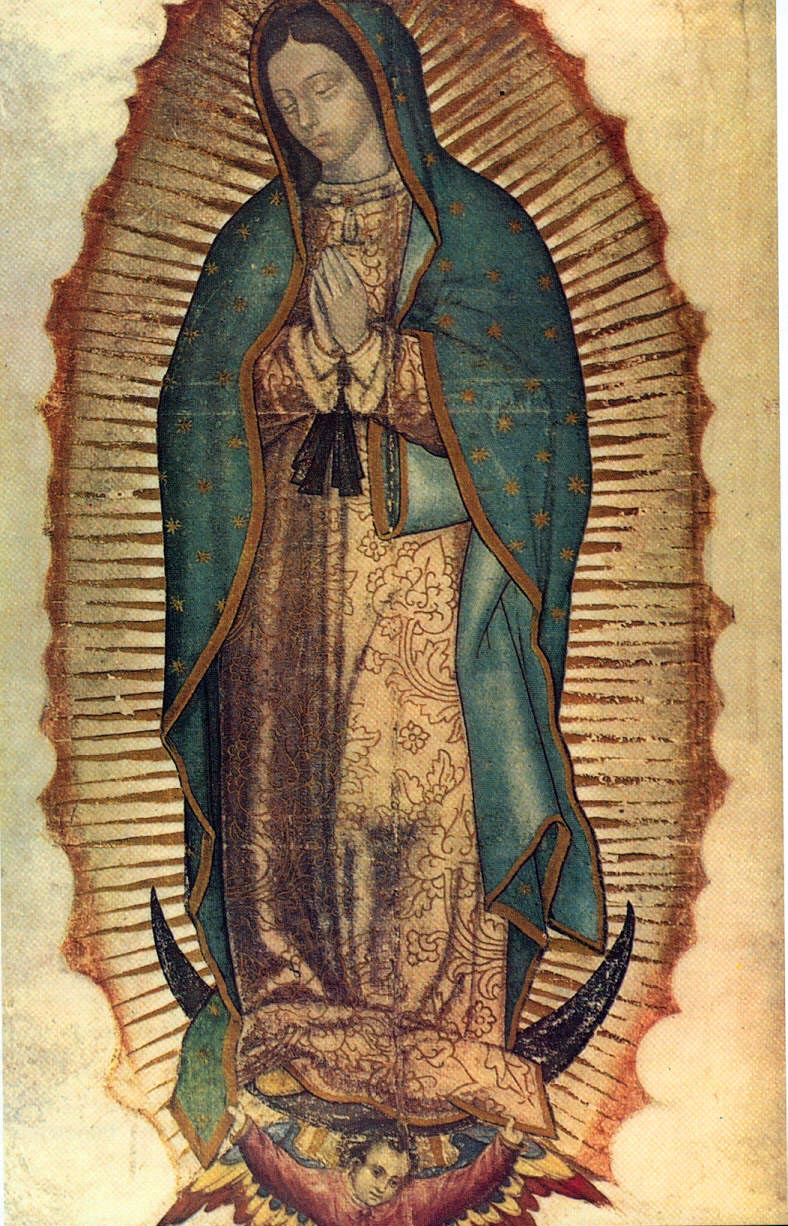 Juan Diego rushed to report the miraculous apparition to the archbishop of Mexico City, Fray Juan de Zumárraga, but did not believe him at first. The archbishop asked for Juan Diego tangible evidence of the miracle.

So the Virgin appeared again and told Juan Diego that on December 11 he should come to the same spot of her first apparition, where she would provide him with evidence. But when the day came, Juan Diego missed his appointment because he had to go look for a priest to minister to his sick uncle. The Virgin found him anyway and reassured him of her ability to provide for his sick uncle by pronouncing the words that today are inscribed on the entrance of the Basilica: ¿No estoy yo aquí que soy tu madre? (Am I not here, I who am your mother?).

After reassuring Juan Diego, the Virgin instructed him to go fetch flowers from the top of the hill, which would normally be completely barren. To his surprise, the peasant found the bloomed flowers of Castilian roses—a species that does not normally grow in Mexico—which the Virgin arranged in his cloak. On December 12, the young man opened the cloak in front of the archbishop to show the flowers and found that the image of the Virgin had been imprinted on the fabric of his cloak. This is why the day of the Virgin of Guadalupe is celebrated on December 12 and why Juan Diego’s tilma (Spanish for cloak), which is still on display at the basilica, eventually became Mexico’s most popular religious and cultural symbol.

The path from local tale to world-famous icon quickly followed. In the 17th century, Nuestra Señora de Guadalupe (Our Lady of Guadalupe) became the symbol of all Mexican Catholics after Father Miguel Hidalgo guided his successful campaign for Mexican independence with the famous cry: “Death to the Spaniards and long live the Virgin of Guadalupe!” And when Mexico finally got its independence, the Virgin officially became a political symbol of national unity. In 1824 the first President of Mexico changed his name from José Miguel Ramón Adaucto Fernández y Félix to Guadalupe Victoria in her honor. On October 12, 1895, Pope Leo XIII officially granted a canonical coronation to the beloved religious icon. And the whole world tuned into to watch or hear Pope John Paul II celebrate Mass right under Juan Diego’s tilma in his famous visit to Mexico in 1999.

Every year, between 22 and 25 million visitors gather from around the world to visit the Basilica, which now encompasses an “old” building erected in 1695 featuring Doric interiors and marble statues and a “new” building built by Mexican modernist architect Pedro Ramirez Vazquez in the 1970s, with a capacity of 40,000 people.

The peak time for visiting is December 12, the Feast Day of the Virgin of Guadalupe, when millions of people gather for the annual celebration of the Basilica’s patron. It was estimated that during the weekend of December 12 in 2009, up to 6 million people visited the Basilica, taking turns to enter and pray in front of the famous tilma.

The Basilica can be reached from Mexico City by taking the metro to La Villa–Basilica station, on Line 6, then walking two blocks up north on Calzada de Guadalupe. A taxi from the city center takes about 30 minutes, while a taxi from the airport (Benito Juarez) takes about 45 minutes.

From apartments to hotels and bed and breakfasts, the area near the Basilica offers a wide range of options for accommodation.

A visit to the new and old basilica takes about three hours, and guided tours can be arranged via websites like getyourguide. But in case you have more time, don’t miss the chance to include a tour of related landmarks such as the Museum of the Virgin of Guadalupe, in the back of the new Basilica, the Library of the Virgin of Guadalupe, located on the fifth floor of the new Basilica, hosting an estimated 23,000 books, and the Capilla del Cerrito (literally Chapel of the Small Hill), a chapel built on the very spot where the Virgin appeared to Juan Diego in 1531.

And don’t forget to eat

We know of some delicious artisanal ice cream just few blocks from the shrine.