Solidarity: Why we need it and how to get it 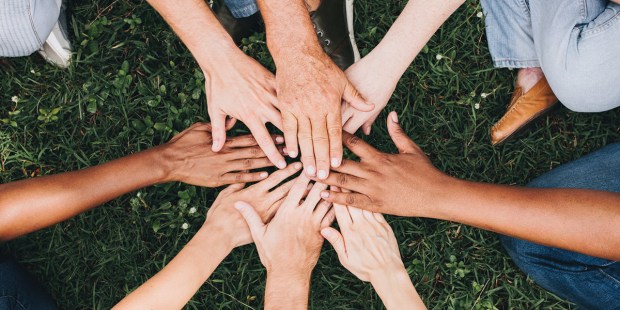 It’s vital that we find common ground and support each other in our needs.

Solidarity is an important value for any society, as well as for the entire global community. This idea of ​​community — essential in the Christian tradition — means finding an area of unity amidst the diversity that characterizes human societies, and the recognition of a set of common, universal values that characterize us as human beings with dignity.

In order for this to become a reality, it’s necessary to establish a consensus about fundamental values, work to extend the principles of peace, equity, and well-being, and establish a basic principle of mutual recognition and reciprocity.

Solidarity as a value

Solidarity is a value par excellence, characterized by mutual collaboration between individuals which makes it possible to overcome the most terrible disasters, such as wars, plagues, diseases, etc. This applies as well to helping relatives, friends and acquaintances who find themselves in difficult situations, so that they can overcome obstacles and move forward.

Solidarity allows us to overcome the adversities that present themselves throughout life. A person who practices solidarity does not hesitate to collaborate and support all those who are in disadvantaged situations, in contrast to people who are indifferent to the needs of others and more self-centered.

We must encourage an attitude of solidarity in the young, since solidarity can be seen as the basis of many other human values.  ​​In a special way it helps one develop valuable friendships in family and social settings, based on virtues such as kindness, support, respect, and tolerance.

From the perspective of sociology, solidarity can be described as the adherence of each one of the members of a human community to the same values. According to French sociologist Emile Durkheim, solidarity can be seen in three ways:

In conclusion, solidarity is knowing how to behave with people; it’s a form of social behavior for the purpose of creating cohesion and social ties that unite the members of a partnership with each other.

Solidarity is part of the social doctrine of the Catholic Church, and as such is defined as the consideration of the set of characteristics or aspects that relate or unite people, and the mutual help, interaction, collaboration and service that this set of relationships promotes and encourages. This collaboration and interaction must contribute to the development, growth, and progress of all human beings based on Christian and gospel values.

The great value of this vision lies in its foundation. We do not practice solidarity simply because there’s a social convenience; rather, we are supportive because every human being enjoys a unique and unrepeatable dignity that is given by God.

Read more:
Are you an asset to the teams you’re on?