Why St. John Chrysostom loved the feast of Christmas 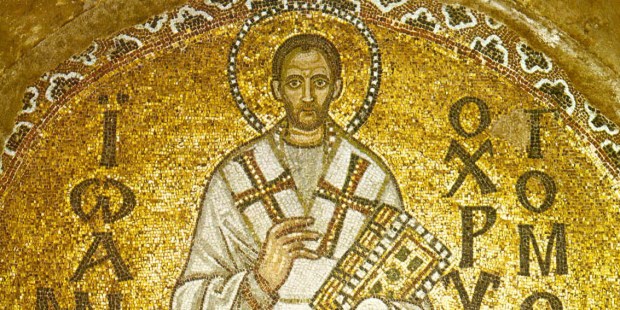 And how he convinced others to celebrate it.

Christians in the early Church didn’t celebrate Christmas as we do today. In fact, for several hundred years the feast of Christmas was absent from the liturgical calendar.

However, by the 4th century Christians saw a need to have a separate feast that honored the birth of Jesus Christ. Historians debate where exactly the feast of Christmas originated from, as it was a feast with different dates for many years.

By the time of St. John Chrysostom (c. 386), the feast began to spread to Antioch, where Chrysostom was living during the early days of his priesthood. For various reasons his congregation wasn’t excited about this new feast and so Chrysostom preached a series of Christmas sermons to get them behind it.

For Chrysostom, it was a beautiful feast, one that he personally loved and saw great significance. Below is an excerpt from one of his sermons where he explains the “reason for the season,” and why it is such a glorious feast.

A feast is approaching which is the most solemn and awe-inspiring of all feasts. If one were to call it the metropolis of all feasts, one wouldn’t be wrong. What is it? The birth of Christ according to the flesh.

But not only on this account would it be right to give precedence to this day, but also because what happened on it is much more awe-inspiring than all other days. I say this because the fact that Christ died after becoming human was the consequence of that: even if he didn’t commit sin, still he assumed a mortal body. And that too was an amazing fact: that, although God, he was willing to become human and to condescend to take so much on himself that not even the imagination can embrace.

On this account especially I embrace and love this day, and put my ardent love on show to make you share in my affection for it. On this account I beg and entreat all of you to be present with much zeal and enthusiasm, each having vacated your own house, so that we may see our Master lying in the manger, dressed in swaddling-clothes – that awe-inspiring and miraculous sight. What kind of defense could we have, what kind of excuse, when he came down from heaven for our sake while we can’t even leave the house to go to him? Or when the Magi, who were barbarians and foreigners, hurried from Persia to see him lying in the manger? But you, a Christian, can’t be bothered to travel even a short distance in order to enjoy this blessed sight? For if we’re present in faith we’ll certainly see him lying in the manger: this table fulfills the role of the manger.

Read more:
When was the first Christmas?