New York Gov. Cuomo pushes for legalization of marijuana in his state 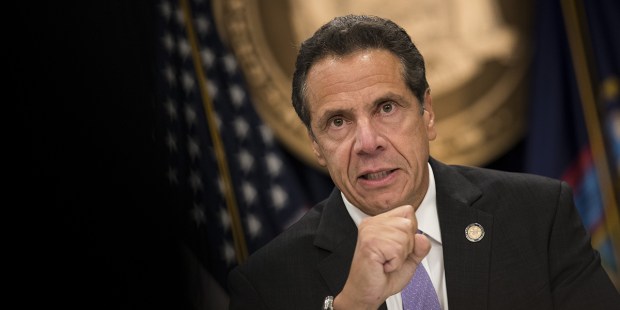 Position is a change from last year for newly-reelected governor

New York might be the next state to legalize the recreational use of marijuana by adults, following a speech by its newly-reelected governor, Andrew M. Cuomo.

In a speech Monday in New York City, in which he outlined his priorities for the first hundred days of his third term, Cuomo called on the state’s legislature to “legalize the adult use of recreational marijuana once and for all.”

That sounded very different from last year, when the Democratic governor last year warned that pot is a “gateway drug.”

Ten states, including  Massachusetts, New York’s neighbor to the east, and the District of Columbia, have legalized adult use of recreational marijuana. New Jersey is also considering legalization, but legislators failed to move a bill by the end of its session this week.

In January, Cuomo directed the New York State Department of Health to analyze the risks and benefits of recreational marijuana, including the impacts on health, criminal justice and the economy that legalization would have in the state, the Washington Post reported:

The study, which wrapped up in June, determined that “the positive effects of a regulated marijuana market in New York state outweigh the potential negative impacts.” Regulation, it concluded, would enable the state to “better control licensing, ensure quality control and consumer protection, and set age and quantity restrictions.”

Cuomo went on to beat back a primary challenge from actress Cynthia Nixon, who advocates for legalized marijuana.

Democrats this November achieved a majority in the New York State Senate and now control both chambers.