Supported by a ministry of Franciscan University, these young people say living and evangelizing should be synonymous

Beginning in June 2018, five young people working in conjunction with the Diocese of Fairbanks, Alaska, launched a mission to bring the Gospel to the people of Northern Alaska.

Fairbanks has the distinction of being the largest U.S. diocese geographically, spanning 409,800 square miles in the northern two-thirds of the state, while serving one of the smallest U.S. Catholic diocesan populations of 18,000. The missionaries lead youth groups, host retreats, conduct Bible studies, promote Eucharistic Adoration and work in efforts to relieve the needs of the poor, bringing the love of Christ and unbridled enthusiasm to all they encounter.

The group’s leader, Melody Doudna, was motivated to organize the effort because “living and evangelizing should be synonymous in our state as young Catholics within the Church.”

Her life as a missionary is “totally dedicated to the will of God,” she continued, and has brought her freedom and joy. She added, “Life with God is a life of abandonment, adventure and deep love. Everyone desires to be happy, and I am seeking to accompany all I meet to bring them closer to the One who can fulfill all their deepest longings in life.”

Doudna is a 2018 graduate of Franciscan University of Steubenville, who was born and raised in Fairbanks. She served as a missionary in Magadan, Russia, and began a dialogue with Fairbanks’ bishop, Chad Zieliniski, about launching a similar effort in Fairbanks.

She began planning and fundraising for the Alaskan mission during her final year at Franciscan University, and recruited three young women from Franciscan and one young man from the University of Alabama to join her in the effort (although the man returned home at the end of the summer). 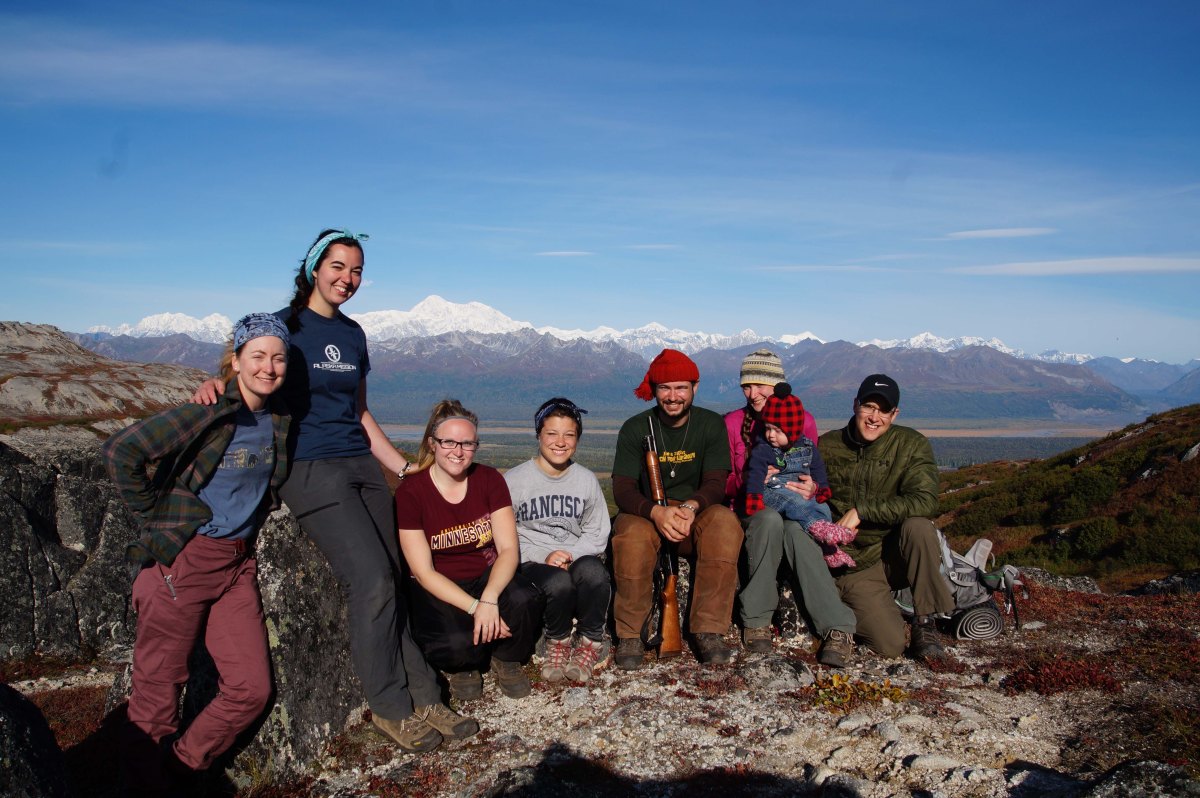 Read more:
Why I don’t regret giving up a scholarship in order to go to Catholic college

She is working through Ad Gentes Mission, an organization headquartered near the Franciscan campus which facilitates and supports student-led mission trips.  They are currently supporting more than 50 missionaries and their missions in Ukraine, Ireland, Peru and Russia, as well as Alaska. They offer missionaries assistance in processing donations, instruction in operating a mission, and spiritual guidance to those considering becoming missionaries.

Ad Gentes connected Doudna with Petroc Willey and William Keimig of the University’s Catechetical Institute. The Institute tutored Doudna and her team in the basics of becoming missionaries, including introducing them to their online ministry formation platform).

“This access was granted for the time leading up to their departure, and for the duration of the mission,” Keimig said. “This allows us to continue to support this wonderful group of young Catholics as they serve the people of the Diocese of Fairbanks.”

The Diocese of Fairbanks has been designated by the Vatican’s Congregation for the Evangelization of Peoples as the only remaining fully missionary diocese in the U.S.  It is also among the poorest, with only eight of its 46 parishes and missions being self-supporting.

Most of its churches can only be reached by plane, boat or snowmobile; harsh weather conditions often delay or strand its 18 priests as they travel about the diocese. Some regions of the diocese may not see a priest for months at a time.

The remaining four missionaries of the Alaskan mission have committed to remain with the mission through May 2019. The group has met some challenges since arriving in Fairbanks, including finding housing and “working through difficult team misunderstandings and complications,” Doudna said. But, working through the challenges has brought her “closer to humble, trustful surrender to the good will of God.”

In the first months the group has already seen some successes. They prepared one young woman to receive First Holy Communion despite difficult family circumstances. One young man who volunteered to help them with their soup kitchen began attending their Bible studies and plans to convert to Catholicism. The mission group is typically introduced to such ministries by the Fairbanks diocese; each missionary works part-time during the day to help pay expenses and performs apostolic work during the evenings or on weekends. Doudna explained, “The bishop may ask us to do things, or a priest of the diocese.”

Much of their work has been done in and around Fairbanks, but they plan to begin traveling to villages to work with native Alaskans.

Getting used to Alaska’s long summer and short winter days has been an adjustment for the three non-Alaskan missionaries, but so far it’s been a positive experience. Missionary Miranda Siler said missionary work “has been a great opportunity to encounter Christ, grow spiritually, and help lead others closer to Christ. I’ve grown so much in my faith the past few months by sharing it with others and seeing the example of other people living the Faith in their lives.”

The missionaries welcome donations and prayers, and encourage other young adult Catholics to consider becoming Alaskan missionaries themselves. See the website for details.

Read more:
Pastor hopes his plan to bring Christ to the people will revive a beaten-down Baltimore