In German-speaking parts of the Holy Roman Empire during the 14th century, the first “Christmas markets” started to develop out of the long-established tradition of winter food markets.

We owe the invention of Christmas markets, one of the most beloved Christmas traditions, to medieval Germany. It was in fact in German-speaking parts of the Holy Roman Empire during the 14th century that the first “Christmas markets” started to develop out of the long-established tradition of winter food markets, where locals would stock up on produce for the cold season.

Records show that during the 14th century some German towns, such as Munich (1310), Bautzen (1384), Frankfurt (1339) and Dresden (1434), started to turn winter markets into places where one could buy and sell handmade crafts and homemade food to give as gifts for Christmas and the New Year. Historians do not exactly know why winter food markets developed into gift markets. But what’s sure is that for the past 700 years the love for Christmas markets has only been growing stronger. Today, Christmas markets are a familiar sight from the first week of Advent onward in cities around Europe, the U.S., Latin America and even Asia.

Click on the gallery below to see a collection of some of the most enchanting historic Christmas markets of Europe. 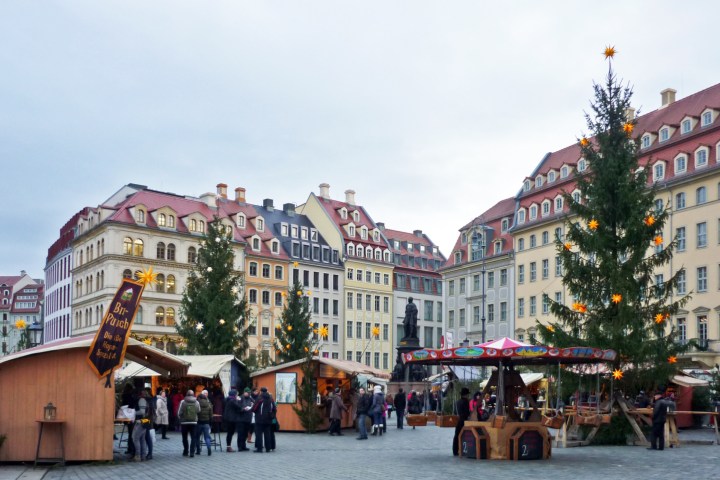