We can try to avoid the meaning of Christmas, but it is nevertheless a challenge to us all 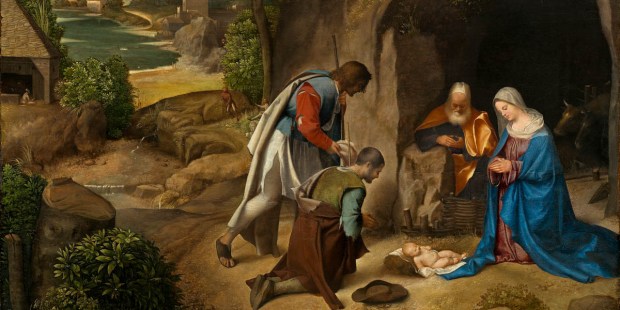 There are men and women whose lives we cannot ignore: Simón Bolívar, Joan of Arc, Martin Luther King, Marie Curie, Gandhi, Teresa of Calcutta, Marx, Rosa Parks, Edith Stein … What did these men and women do to make the impact they have on the history of humanity? What they did was to simply live, and make of their lives a call to action. Among them is a man who produced the greatest impact in the history of humanity: JESUS ​​OF NAZARETH.

We count 2018 years of history since his birth in the small village of Bethlehem. This event is what marks the holiday season in the world. If there are messages, lights, gifts, trips, vacations, premieres, family reunions, music and parties, it is because we celebrate another anniversary of his birth.

December, then, reminds the world of the birth of Jesus of Nazareth, but with the celebration of his birth we remember, above all, his great contributions to the history of humanity and what his whole life, his deeds and his words symbolize and mean not only for his disciples, Christians for all ages, but for every man and woman of good will.

Thus, above all, the entire life and work of Jesus of Nazareth contains a proposal, an invitation for all human beings to build a better world through recognizing that we are brothers, children of the same God, who as we were taught by Him, we call a good, compassionate and merciful Father. A recognition through which we can achieve the happiness we all long for by loving one another, serving, forgiving, sharing, expressing solidarity, tolerating each other, understanding each other. This proposal of LOVE clashes with all forms of selfishness, injustice, discrimination, violence and death.

The proposal of Jesus of Nazareth, with his message and the testimony of his life, are, permanently, a call, an invitation and a challenge to the whole world to make our existence on earth a better and kinder space and time for every man and woman who comes to this world.

The celebration of Christmas, the birth of Jesus of Nazareth, on the other hand, reminds us of and marks for us all a course, a path, a life philosophy, a logic, principles, values, a meaning for life that normally is neither our path nor our logic. Thus, while we build a life and a society in which what matters is to have, to pretend, to enjoy at whatever cost, to take care of and protect ourselves selfishly, to hoard, to accumulate, to run over and to crush to climb, to get ahead, to rise above others. Jesus of Nazareth will always remind us of another logic, another direction for the life of men on earth if we want to be happy: the logic of the Nativity scene of Bethlehem, of humility, of humbling, of detachment, of the total giving of one’s life, the logic of service to  others, especially the neediest, to the very end, the logic of forgiveness, the logic of love, even to the cross.

Finally, the celebration of CHRISTMAS also reminds us all — not only Christians — of the importance of the human, of the truly human. The deep and Christian meaning of Christmas contains and reveals to everyone this truth: God cares about humanity and everything that is deeply human. He cares for the child wrapped in swaddling clothes and lying in the manger, for the man who preached in Galilee and washed the feet of his disciples, for he who healed lovingly and was given to all without measure, for he who came into conflict with the legal and cultural institutions of his time because he placed love above all else, to the point that he died hanging on a tree.

Christians confess the Son of God; they confess everything that resembles the Father, and recognize in Him the sum and perfect revelation of God’s divinity in his humanity and the plan for man that God has for every man. So, from the first Christmas, until today, nothing that is human can leave us indifferent. Because it is in the deep humanity of Jesus that we are revealed the absolute divinity of Jesus himself.

We can try to avoid the meaning of Christmas with a thousand expressions and terms. In the name of ideological pluralism and respect for a thousand beliefs, we can try to avoid the meaning of Christmas or confuse it with another holiday, with other breaks during the year, but we cannot help but recognize that the proposal of Jesus of Nazareth’s life and work is still a call, an invitation for the construction of “a new heaven on a new earth,” for the construction of a personal and social life according to another logic, another criterion … according to which we can love one another in absolute respect for the dignity and fundamental rights of every human being: with love and absolute respect for man and for all men.

Christmas is, then, a bimillennial memory of what happened in Bethlehem; it is a gift from God for the world in the child in the manger, but it is also and above all a proposal, an invitation, a call, a challenge, a task, a commitment. MERRY CHRISTMAS!