Why we call Mary an Ark 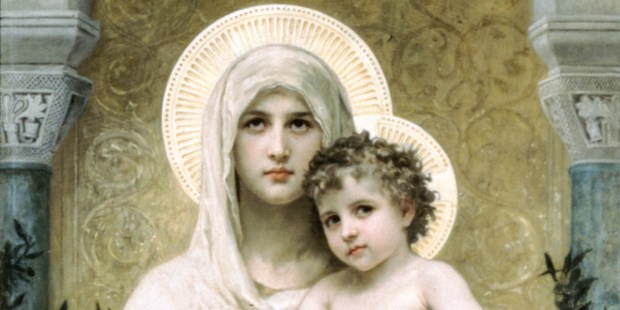 The parallel with the Old Testament will have you in wonder at God’s creativity and providence.

One of my children recently asked why Noah’s “ark” refers to his boat instead of the rainbow God sent after the flood. I went into teacher mode and gave a short lesson on homophones.

Although we often associate the term with Noah’s vessel, “ark” actually means a sanctuary or place of refuge. It is used in the context of the Ark of the Covenant, and is also applied to the Blessed Mother, who is revered as Ark of the New Covenant.

This Marian title is of particular relevance during Advent, the time of year in which we remember Jesus’ time in Our Lady’s womb and, together with her, joyfully await his birth. The passage of the Visitation (Luke 1:39-45), which we will read in Mass for the 4th Sunday of Advent, provides the scriptural basis for our understanding of Mary as the Ark of the New Covenant, especially when compared with 2 Samuel 6, in which David welcomes the Ark of the Covenant:

The contents of the Ark of the Covenant also prefigure Mary. The original Ark of the Covenant contained three things: the tables of the law, some manna, and the rod of Aaron, the first high priest. Mary, the new Ark, bore within her womb Jesus: Word of God, Bread of Life and the High Priest.

This is more than an Advent reflection: It touches on the dynamic of our own relationship with the Lord. The Lord took on our nature in order that, we might become partakers in his own divine nature. This sharing in divine nature happens through baptism, and again every time we receive the Eucharist, which is “the efficacious sign and sublime cause of that communion in the divine life” (Catechism of the Catholic Church #1325).

The Incarnation and the Eucharist are thus intrinsically linked. No one understands this better than Mary, Ark of the New Covenant and Mother of the Eucharist: Mary who bore this Mystery, in its completion, within her for nine months.

G.K. Chesterton once called gratitude “happiness doubled by wonder.” It is truly fitting for Christmas, a celebration of the joyful coming of the Lord, coupled with the miracle of redemption, to be realized in our own lives each day through the Eucharist, a mystery of thanksgiving.

Mary, Ark of the New Covenant, pray for us.

Read more:
One word to make the most of the last 10 days of Advent