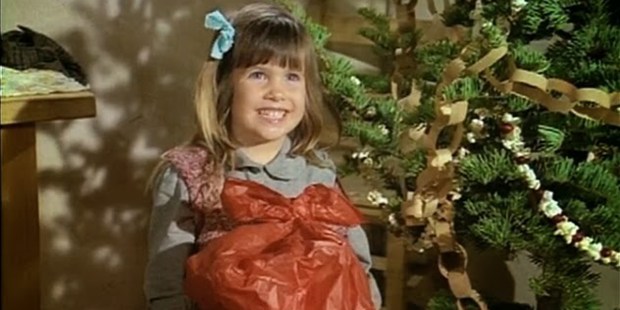 “Christmas at Plum Creek” captures the essence of the true meaning of the holiday.

When I think back to the Christmases of my childhood, I remember some of the toys my greedy little heart coveted, but mostly I remember our family traditions and gatherings. I remember playing games with cousins after dinner, the way my grandpa would unwrap each present painstakingly so as not to tear the paper, but then later that night would let us throw it all into the fire. I remember cutting down a tree with my dad, when my brothers and I would take turns trying to saw through the trunk and when we were tired he would quickly and easily cut the rest. I remember having trouble falling asleep the night before and hearing my parents laugh and talk downstairs, and how my dad would always make donuts on Christmas morning. I remember going to midnight Mass for the very first time at my grandmother’s Church when I was interested but still many years away from becoming Catholic, and how the crowd of worshipers spilled out of the brightly lit Church on the infancy of Christmas morning into a frosty, starlit night where their breath lingered in the air, the sort of night on which the Savior was born.

One of the family traditions in our house is being obsessed with Little House on the Prairie. We love Little House to the point that my daughter at one point attempted to rename herself, “Laura.” It isn’t rare for me to discover them trying to start a cooking fire in the front yard, creating home-made hoop-skirts, or asking if we can crisp up some pig tails for them as a treat. Recently, we watched the Christmas episode, called “Christmas at Plum Creek.”

The best part of “Christmas at Plum Creek” (Season 1, Episode 15) is that it subtly examines the creeping temptation of making Christmas all about the toys. As a child, I was firmly convinced that this was the sole reason for the holiday. I suspect most children go through that phase, and maybe some of us adults are still stuck there. It’s important that children not be lectured about it, and it doesn’t help much to simply command them to become more selfless, but what Little House does so well is to show a more generous, happier way without lecturing.

The episode opens with Laura and her nemesis, Nellie Oleson, arguing about Laura’s pony. Nellie is jealous and wants the pony but Laura refuses to even share a ride, and so we immediately glimpse the familiar scene of two people falling into selfish argument and becoming prey to jealousy. Later back at the Ingalls homestead, the youngest Ingalls daughter, Carrie, asks Pa, “What’s Christmas?” Pa responds that even though there was a bright star in the sky that first Christmas night, only a few people knew what it meant. They followed it and found the infant Jesus in the manger. Knowing the secret of that star and following it to its destination reveals the secret of Christmas.

As we watched, my son was surprised that Carrie didn’t know what Christmas was, but I suspect a lot of people, even if we know the story, don’t truly know what it is, thinking it is a vague celebration the Christmas spirit, Santa and elves on shelves, a good reminder to rewatch Die Hard, or simply some time off from work in the middle of winter. The Ingalls family discovers a good example of this failure to understand Christmas when they notice that all the prices in one of the stores in town have been arbitrarily raised, as the shopkeeper explains, “because it’s the Christmas season,” and people are eager to shop. In other words, the season is defined by buying and spending.

This is bad news for the Ingalls family because none of them have much money. Eventually, the family makes the most of it as they think up perfect gifts and do extra jobs to purchase them. It is the love and sacrifice that makes the gifts special, not their monetary value. Laura eventually makes the greatest sacrifice of all as she sells her beloved pony to Nellie’s father so she can afford a new stove for Ma. It’s Nellie’s father, Mr. Oleson, who is at the center of all the Ingalls family scheming, helping everyone secretly to make Christmas work. He even discounts a decorative star for Carrie that can be placed on top of the Christmas tree. Here’s a shopkeeper who truly understands Christmas.

Throughout the episode, Pa says Christmas is a time for secrets. He also says it’s not a time to ask questions, but I’ll go ahead and ask anyway — What’s the secret of Christmas? In Little House on the Prairie, the family isn’t perfect, but as they prepare for the holiday, all their thoughts and actions are on behalf of each other, sometimes even comically so as in the case of Laura, who receives a saddle for a pony she no longer owns. They scheme and plot to make each other as happy as possible. In the meantime, they dance together by the fire, play music while they look at the tree, eat, laugh, and talk. It isn’t the presents that make the holiday so special, it’s the love at the heart of it.

In the end, the family stands hugging and looking at their new star after Pa places it at the top of the tree. Together they have discovered the secret of Christmas.

Read more:
9 Great reminders from Laura Ingalls Wilder about how to be truly happy