For each wound suffered, there’s a gift: Ask Jesus to reveal yours this season 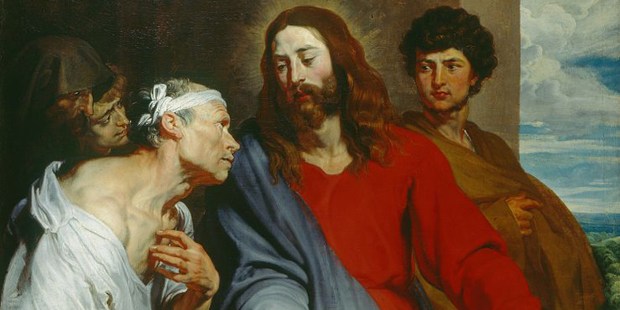 It’s advice that comes across almost as insulting and cruel, and yet, it works …

I was first encouraged to “ask Jesus to reveal the gift in your suffering” by a mother I deeply admire. She was speaking from the experience of having lost her precious 5-year-old son after he was backed over by a van – a van she was driving.

This careful mother had done everything right: She secured the boy’s seat belt and backed up slowly. Little did she know that in the time she secured other seat belts and leaned out her window to chat with a friend after church, this ever-smiling, precocious boy slipped out the van’s back door and closed it quietly. She backed up. He died instantly.

I never got to ask my friend what her gift was in that hellstorm of suffering.

Actually, the concept she proposed – in light of her specific tragedy, or a toddler’s terminal cancer diagnosis, or a mass shooting, or a mudslide/ earthquake/ fire wiping out an entire village – hits me, at first blush, as insulting and cruel, almost trite in its approach, like finding the silver lining around every rain cloud …

Until I took her advice, and it worked.

A few years ago, my fourth son was born in critical condition and required a month-long NICU stay. While I was commuting daily to the hospital (an hour away) to visit him while still having to care for my other three young children, my friend’s advice came to mind. I offered it up in an angry prayer: “Sure God, show me the gift in this one – if you can!” Fortunately, God is bigger than my anger and sarcasm.

Almost immediately, my eyes were opened to the many graces being poured into my life at that moment. From my neighbors and extended family rallying behind us to the new perspective I was gaining on motherhood, God was opening my mind to the gift of each life. As a result, I could more clearly see what an honor it is to live out my vocation.

“King Henry,” I remember whispering to my infant at the end of his hospital stay — visits that at first were wrought with tears, but had later turned into “date nights” with my baby — “King Henry, it will be the highest honor to nurse you through the night and to change your explosive diapers and to scrape cemented food off the floor beneath your high chair. The teething, the potty training, the projectile vomit – it will all be an honor, the very highest honor.”

Suffering Henry’s illness brought me the gift of a deep conversion, one I can’t completely put into words.

I’m thinking that this is the same kind of gift my friend who lost her son received. It’s the same one that Mary and Martha unwrapped when they wept over their brother Lazarus, looking over to find the Lord weeping too. I like to think that Jesus locked eyes with the sisters and nodded, even dried their tears with the sleeve of his robe. I’m going to assume he did. I’m also going to assume they were comforted in a profound way, having received Jesus in a manner they never would have had they not been brought to their knees by their brother’s death.

God’s will is a mystery to me. His perfect will versus his permissive will and how our free choice obviously affects life’s outcomes: My head hurts from the stretching it takes to reconcile and ponder these ideas. But that doesn’t mean that I’ll stop pondering. I’ll ponder because for me that’s a huge part of what it means to “work out my salvation with fear and trembling” (Philippians 2:12).

Also, while nowhere in Scripture do we find any doctoral theses on why a loving God allows the innocent to suffer, we can find comfort in the promise of Romans 8:28: “We know that all things work together for good for those who love God, who are called according to his purpose.” That’s a promise backed up by nothing less than the testimony of Innocence Himself nailed to a tree, taking the sufferings we brought on ourselves with the choice of sin in the Garden and promising us that though we brought sorrow and pain on ourselves in Eden, we’ll never endure them alone. He’s there in it, more fully than we ourselves.

B.W. Maturin, Catholic author and apologist from the early part of the last century, has this to say about the often-quoted beatitude, “Blessed are they that mourn, for they shall be comforted” (Matthew 5:4):

It has been amidst strange surroundings of misery and shame that some have learnt to know God as they never knew Him before. The sense of solitude and helplessness, the consciousness of utter weakness, drives the soul to turn to someone, and finding no human help it turns to God, and feels that it was worth all it had to suffer to gain such consolation and such a revelation (Laws of Spiritual Life, p. 113, Longmans, Green and Co. 1917).

Are you suffering? My friend’s wisdom revisits me often: “Ask Jesus to reveal your gift.”

It’s great advice – ever applicable – but most especially during the Advent and Christmas seasons.