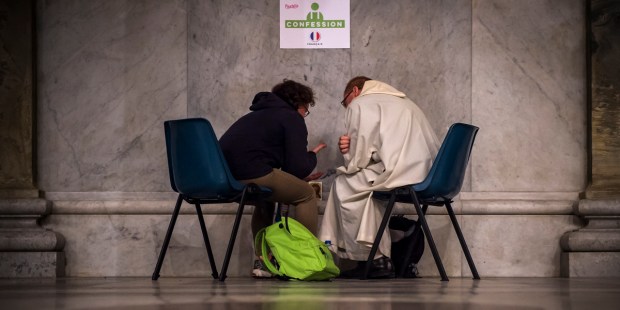 Washington, D.C. Attorney General Karl Racine is considering a proposal which would require Catholic priests to reveal suspected child abuse revealed in the confessional, according to a Washington Post report.

The proposal could be part of draft legislation designed to address the recent sexual abuse scandals in churches and among athletes, which is expected to be introduced early this month.

While 28 states require clergy to report on suspected child abuse, all but a handful of those that do make an exception for information received in the confessional. West Virginia, New Hampshire and Guam do not allow clergy to exempt conversations that take place in the confessional from mandatory reporting requirements. North Carolina, Oklahoma, Rhode Island, and Texas deny all evidentiary privileges except for attorney-client privilege.

According to The Post’s report, the draft proposal under consideration would also require mandated reporters to report suspected abuse, even if they don’t know the child themselves, and even when the is now an adult. Also under consideration: a proposal requiring mandated reporters to report any suspicions of abuse to their own boards of directors so their institutions become responsible, an increase in penalties for people who don’t report, and an increase in funding for training on what it mean to be a mandatory reporter.

The issue of confidentiality in the confessional would be expected to raise concerns from religious leaders, and is still being considered by Racine’s office.

“Everything is still in the conversation,” Elizabeth Wilkins, Racine’s senior counsel for policy, told The Post, when asked specifically about the confidentiality question by the Post reporter.

“We think this is an urgent issue. If there are weaknesses (in the current mandatory reporting law), we want to fix them.”

Archdiocese of Washington spokesman Ed McFadden told the Post that the archdiocese “looks forward” to reviewing future drafts and sharing feedback “on what we hope will be a collaborative process given the Archdiocese’s more than 20-year record in implementing strong child protection and mandatory reporting policies.”

Rabbi Shmuel Herzfeld, of the Modern Orthodox movement, voiced concerns about mandating that private conversations with clergy be reported.

“There is real value in someone feeling they can speak to clergy in privilege in terms of trying to improve as human beings; we want to help people grow,” Herzfeld told The Post.

“Children and families and society work better when they’re healthy,” Herzfeld said. “If we try to hurt how religious societies function, it will hurt children.”