From Alaska to Siberia: I’ve learned you can’t fix anyone … you can walk with them, though

Russia has been the best place for me to exercise my priesthood. I want to stay here for the rest of my life.

Fr. Michael Shields is a priest of the Archdiocese of Anchorage who serves as pastor of the Church of the Nativity in Magadan, in Far East Siberia, Russia. Magadan is a former slave labor camp of the Soviet Union established to mine gold in the region. The camp closed in the 1950s, but a city of 100,000 remains. Its summers are cool and its winters harsh.

Residents of the city enjoy greater freedoms since the fall of the Soviet Union, including freedom to worship. There are a dozen Russian Orthodox churches that serve the people, but Nativity is the only Roman Catholic parish and Fr. Michael the only Catholic priest for 800 miles.

Feeling called on a 40-day Jesuit retreat to “go and pray in the camps,” Father was allowed to come to the area as a missionary in 1994. His first church was in an apartment serving a dozen families; he has since built Nativity parish and launched a variety of ministries.

Aleteia asked him about his work.

What are some of your ministries in Magadan?

We have a strong prolife ministry, as the abortion rate in Russia was very high. Not long ago, for every 10 births, there were 13 abortions. We offer a Rachel’s Vineyard program to help women heal from abortion. We also provide young families expecting a child with such things as food, housing, medication and hospitalization.

We have a ministry to the elderly, who are often poor and uncared for, and may have to choose between buying medicine and paying bills. We have a ministry to young children in the poor areas of the city, who may be born to single parents or have alcoholic parents, or who are otherwise uncared for. We have a gathering for college-age young people, directed by Catholic missionaries who come to us from Franciscan University of Steubenville.

And, of course, we do evangelization. We find the best way to spread the Gospel is through friendship, which gives people the chance to get to know the Church and find their way into a relationship with God.

Have you known many who were once in the prison camps?

When I arrived in 1994, we had a list of 250 camp survivors, but most have died. We gathered to pray with them once a month. Because their numbers have dwindled so much, we now only meet twice a year.

I was pleased to participate in the publication of a book telling their stories, which we originally called The Martyrs of Magadan and now Strength in Suffering (read it here). They experienced great suffering, watching people die from malnutrition and the cold.

Yes, but with limits. The press, for example, is run by the government. If you don’t like something, you can demonstrate, but only to the extent that the government will allow you to. But there is freedom to travel, access to the internet and people are free to have a Catholic experience, and I can preach the Gospel.

How receptive are the young to the Catholic Faith?

They are not atheist and hostile to the Faith as people were under Communism. Most have either no or little Faith background, and want to know what Christianity has to offer. It’s an exciting time to preach the Gospel.

Read more:
Youth decide to bring Christ to the only mission diocese in the US

For the past six years, you’ve had students from Franciscan University of Steubenville come and assist you.

Yes. It began when three young women who were students contacted me and said they felt called to missionary work in Russia. They came and shared the Gospel. The young people here loved meeting them, and getting a chance to practice their English.

We have since had students coming for missions over the summer, with some feeling the call to learn Russian and stay for a full year. They have incredible vitality, and love the Church and the Gospel.

I have two full-time students now, with another four planning to come next summer. It’s all student-run; they raise the money for their expenses. I give them a place to stay.

What have you learned in your years in Russia?

I’ve learned that the cross is important. I’ve learned about failure and suffering. I went to Russia to fix the place, but now I know that you can’t fix anyone. You can walk with them, though, and share in their sufferings.

I’ve learned a lot about prayer. I can do nothing without it; it is my foundation. I have my own hermitage, a cabin about 40 minutes outside of the city, where I go once a week to pray and fast.

Russia has been the best place for me to exercise my priesthood. I want to stay here for the rest of my life. 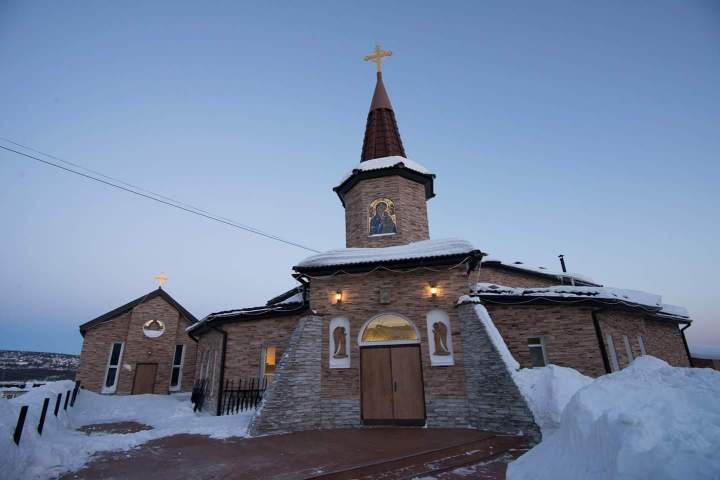 Fr. Michael welcomes donations to continue the work of the Magadan mission.  Email him at brothermisha@gmail.com or for more information, visit http://www.themagadanmission.com/ or https://www.facebook.com/Mission2Magadan/.