4 Beautiful Epiphany traditions for your family 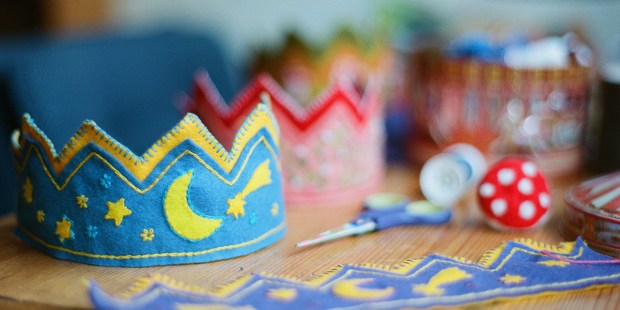 The celebrations aren’t over yet — here are four family-friendly ways to welcome Three Kings Day.

Each year on January 6, we celebrate the feast of the Epiphany, also known as Three Kings Day.

Epiphany is a holy day that celebrates the revelation of Jesus to three Wise Men (or Kings) when they arrived at His place of birth after following the unusual star in the sky. Often, we picture the Wise Men arriving on Christmas night and gathering around the manger of the newborn Jesus along with the shepherds, but in fact they arrived perhaps as much as two years later, which is why Epiphany is celebrated 12 days after Christmas. Although it is often neglected, Epiphany is a day with a long history and many beautiful traditions. Here are four that our family loves …

1. The arrival of the Three Kings

This is a simple little tradition, but adds to the festivity of the season. A friend named Randy told me the story of how he first learned about how the Three Kings “arrive” at the manger on Epiphany. A few days after Christmas he noticed that his wife had them lined up on the table and not in the manger scene. One morning they had disappeared and he asked his wife where they had gone. She told him that the Kings are supposed to move a little closer to the manger scene each day until they finally arrive. So where had she moved them? She hadn’t touched them. “The dog ate them,” she said. I hope those poor Wise Men make it to Jesus someday.

Children especially love watching the Wise Men move, and it can be fun to let them take turns being the ones to move them (In my opinion, this is much better than that creepy elf!) In some cultures, Three Kings Day is a huge celebration with parades and gift giving. If you’re not from that background, however, the Wise Men can still bring little gifts for the children. They would probably be just as happy with some family crafting time, though. There are many activities from making little paper figurines to creating individualized crowns.

The Epiphany Cake, or King Cake, is easily the best part of Epiphany because well, cake is delicious. The King Cake is also eaten at Mardi Gras, but I prefer it at Epiphany because it fits the season better. I’m not sure the Wise Men envisioned people celebrating the anniversary of their harrowing, two-year-long journey through a parched desert by bringing out the sweets and digging in, but that’s the way it worked out and I’m glad it did.

The King Cake isn’t any old cake, though. It hides surprises. The surprises are only little trinkets, but trust me, the kids will love the excitement of seeing what’s in their piece of cake — if they can wrestle one away from Dad. There’s no right or wrong way to include the trinkets — some people only include a single bean or a plastic baby and the one who finds it is “King of the Feast,” others like to spread the wealth around with other symbolic trinkets. Enjoying the sugary treat isn’t without its risks, though, and if an adult bites into the piece with the baby and becomes King of the Feast, they’re committed to hosting the party next year.

‘Tis the season to keep partying, so surround the devouring of the King Cake with festivity. When everyone else has put the holidays behind them and are waiting for winter to be over, Epiphany is the perfect excuse to pop the cork on the champagne, heat up the wassail, and celebrate with friends. Traditionally, the party would be on the eve of Epiphany and is called a Twelfth Night party for the last day of Christmas. (Don’t feel the need to recruit “12 drummers drumming,” though; the neighbors might find it a bit much.)

A highly underrated form of entertainment in our digital age is to actually gather around and sing. We do it and, trust me, our voices aren’t the best, but it’s a lot of fun. Don’t put the Christmas carols away on December 26. Keep them in rotation for all 12 days of Christmas and especially on this final night get them out and sing them. For Epiphany, “We Three Kings” is the show stopper. If you have willing singers, have each of the middle verses sung by a different person to represent a different wise man. Bonus points if the Kings have elaborate costumes.

When I first got with the times and began using social media, I noticed friends sharing pictures in early January of their front doors with an incomprehensible algebra formula written on them with chalk. Last year, what I saw was this: “20 + C + B + M + 18” What a delightful riddle! I soon learned it wasn’t a math problem that everyone simultaneously scratched on their doors in a fit of mass hysteria, it’s an Epiphany tradition. The number is the year itself split into two parts and the letters in between stand for the traditional names of the three Wise Men who followed the star: Caspar, Melchior, and Balthazar. The letters are also an acronym for the Latin phrase “Christus mansionem benedicat,” meaning, “May Christ bless this house.” The “+” signs represent the cross.

Any chalk will do, but be sure it is blessed by a priest. Many parish priests already bless a whole basket of chalk around Epiphany, but if yours doesn’t, you can get your own and ask him to bless it. Warn him ahead of time so he can find the prayers, but he’ll be happy to do it. Once you’re home on the front porch, be sure to mark the doors as a family and remember that the symbols represent the presence of love and grace in your home. The chalk eventually fades or washes off in the rain, but the blessing will remain.