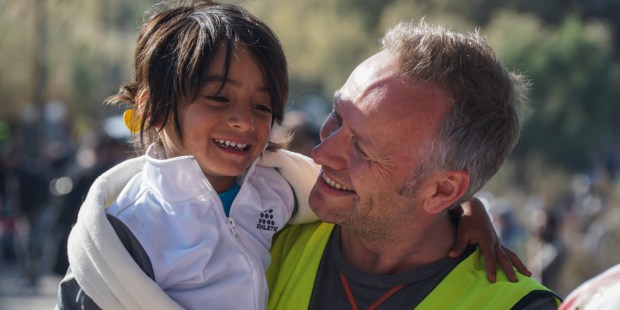 But only if we understand what “naturally” means.

It’s that time once again when we look at our lives and resolve to be better: “This year, I’m  going to eat better,” “I’m going to read more,” or “I’m going to stop stealing my neighbor’s newspaper and returning it without any of the coupons.”

When considering how to improve your life this year, consider this: living more naturally.

I don’t mean eating only organic peanut butter or using non-GMO shampoo. I mean trying to live in a way that is natural to you as a human being.

When we say that something comes to us “naturally,” we tend to mean a few different things. We usually mean that the thought, feeling, or action is commonly found among all people, as in “it’s only natural to want to kiss babies, or to be sad after the loss of a pet.”

But we also use this phrase as a defense of ourselves, to say that if something comes “naturally” to us, it must be right, or at the very least, that it should not be held against us. Sure, we shouldn’t shout obscenities at people who cut us off in traffic, but hey, it’s a “natural” reaction given the situation, right? So shouldn’t we be let off the hook?

This way of speaking is getting at something true, but we’ve taken that truth and mangled it, twisting it and pulling off parts and leaving it incomplete, because we seem to have forgotten an important aspect about our nature.

Before we proceed, let’s define our terms. When we use the word “nature” in the Catholic faith, we mean something real and specific. A “nature” is a real aspect of something that makes it to be the sort of thing it is. Humans are human because we have a human nature, and dogs are dogs because they have a canine nature. Christ is both human and divine because He has both a human nature and a divine nature.

Nature defines what a thing is, and thus also defines what is good for that thing, what it’s supposed to be and do to fulfill itself, to be what it was made to be. That’s what we mean by saying it’s “natural” for dogs to fetch and fish to swim and cats to chase mice.

So, for us, our human nature defines for us what we were made to do, and that was summed up very well in what Jesus called “the greatest commandment,” which is to love God and to love our neighbor.

But do we do that as surely as a dog will play fetch? One look at the news will answer that question.

Perhaps the most easily demonstrated claim of the Christian faith is that human beings are fallen, that our programming seems to have a flaw in it—in other words, that our nature is broken. Our faith teaches us that as a consequence of the sin of our first parents, human nature itself was wounded. Our minds are darkened, our passions are disordered, our wills are weakened. We don’t easily know or want or choose what is good for us, what is in accord with our nature, and we flounder and flail and fail. We see this in everything from our propensity to eat sugar instead of broccoli, to the problem of war around the world.

But God does not leave us in this state! God undertook to heal our nature, to perfect it and raise it up beyond its original state. This was accomplished in the life, death, and resurrection of Christ. By His Incarnation, Christ united humanity with divinity, assuming our nature so as to heal it, as St. Gregory Nazianzen put it.

In his suffering and death, Christ took sin and its consequences onto Himself. And in His Resurrection, He emerged victorious, breaking the power of sin and death over our human nature and becoming the conduit of God’s own life, His grace, which would restore our broken humanity.

Our destiny is to share in God’s own life, first by the gift of grace in this life, then in the joy of heaven, in which we become “partakers of the divine nature” (2 Peter 1:4).

The calling of the Christian life is to begin to live this divine participation here and now, to let Christ live in us (Galatians 2:20). It’s to pray for the well-being of the person who cuts us off in traffic, to not respond in kind to the person who’s sub-tweeting us. It’s not natural to us. It’s even better.

So when considering what New Year’s resolution to make, think about being more human. Doing that will not only make you more human, but more divine.