Could you imagine for a moment being able to see Jesus and His apostles in Israel? What if you could witness the key moments in the Bible?

In a certain sense, this is the experience that will be offered by the “Cristonaut@s” theme park, based on salvation history, one of the attractions offered by this World Youth Day in Panama (January 22-27).

This initiative, unprecedented in WYD history, is the work of the Ramón Pané Foundation, in collaboration with the organizers of the WYD, which will bring together hundreds of thousands of young men and women from all the continents.

What makes this theme park so avant-guard is the utilization of cutting-edge image technology to reconstruct key moments in salvation history. 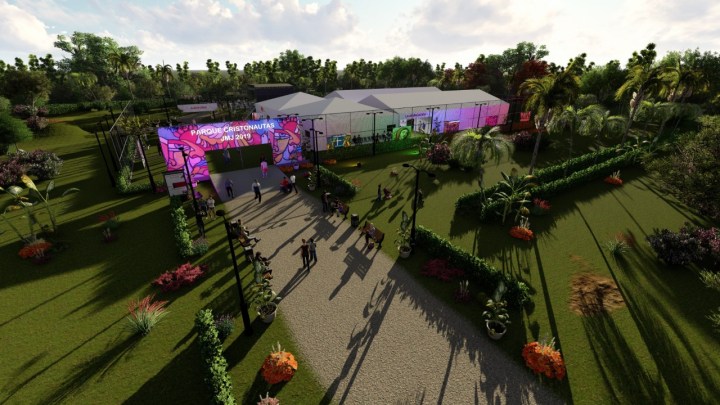 In one of the central rooms, the visitors, after putting on Virtual Reality goggles, will be transported in the company of the angel Gabriel to relive moments ranging from the creation of Adam and Eve to the Annunciation to the Virgin Mary.

In another room, young people will be able to immerse themselves again in virtual reality thanks to Vive Headsets, made by HTC, so as to be viewers of one of the first full-length feature films produced using this technology, “7 Miracles.”

The movie allows viewers to relive Jesus’ miracles in a totally new way, never experienced before.

Trailer for the movie “7 Miracles,” which visitors will be able to watch at the “Cristonaut@s” theme park

Being submerged in the Word of God

The goal of the park is for people to submerge themselves even more in the Word of God. For this reason, the viewing is preceded by the invocation of the Holy Spirit to ask for help to understand the mysteries contained in and revealed by these biblical images.

The theme park, which has a 3,000-person capacity and will be located in Omar Park in Panama City, will start welcoming young people as early as January 19.

Meditation on biblical images will lead to moments of prayer and silence, as well as songs, because “he who sings, prays twice,” as St. Augustine says.

Always guided by the Angel Gabriel, the young people will end their experience at the “Action Room,” where they will choose one of the seven works of mercy as a life commitment born from their contemplation of the Word of God.

The theme park will also have an auditorium where Christian music concerts will be held at night. During the day, after general catechesis sessions, the same venue will offer conferences on decisive issues for young people, as well as the report on social networks and influencers that Aleteia.org produced for the Synod on Youth.

The park will also be the venue for two competitions, one for music and the other for painting (“Xto Music” and “Xto Painting”) that have been announced in coordination with the World Youth Day events.

Since a large number of visitors is expected, the organizers ask that visitors make reservations ahead of their visit, using this page: