Discovering the Basilica of Saint-Sernin, in Toulouse.

The distant origins of the Basilica of Saint-Sernin (or Saint Saturnin) date back to the 3rd century, to the time of the martyrdom of Saint Saturnin, the first bishop of Toulouse. 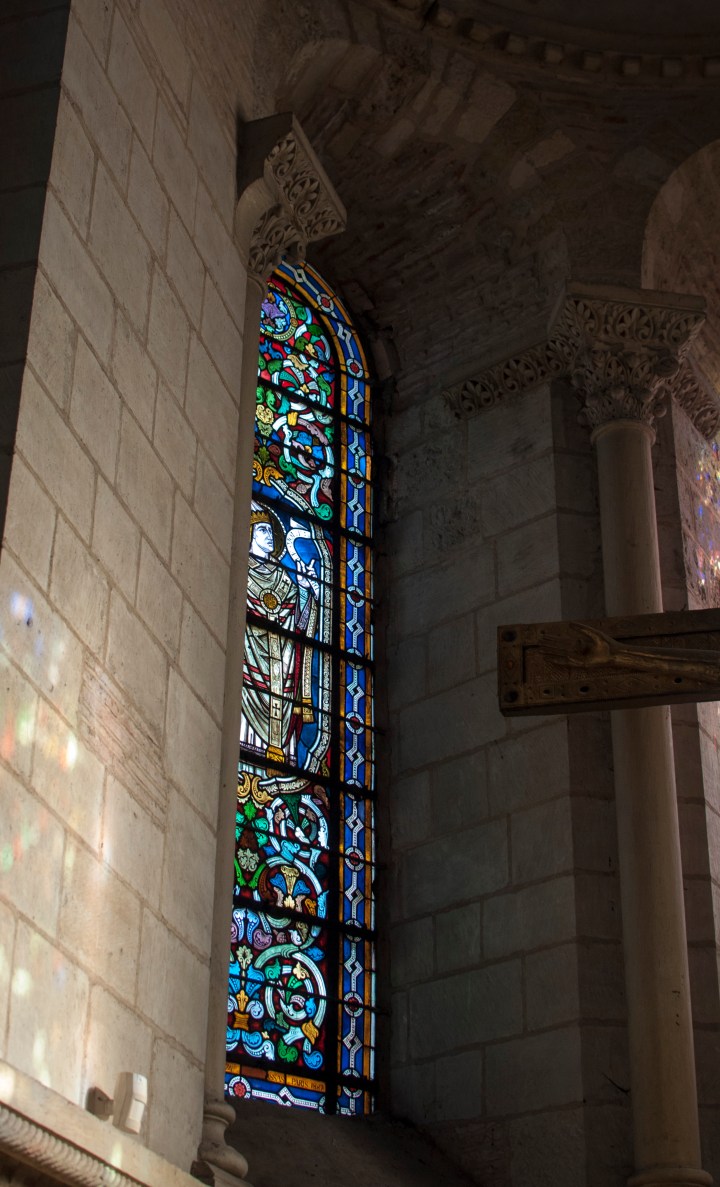 Because he refused to make sacrifices to the pagan gods, Saturnin was accused of being the cause of the silence of the oracles, and was tied by the feet to a bull. The body of the bishop was torn to pieces as he was dragged along the ground by the animal.

During the following century, Bishop Hilario had a wooden basilica built on the site of Saturnin’s grave. Over time, in response to the success of the necropolis, which had been converted into a center of devotion, a new martyrium-style basilica was erected.

On this site, the foundations of the current Romanesque basilica were built in the 11th century. The Church of Saint-Sernin has become, since then, an important stop for pilgrims along the official Way of St. James (Camino de Santiago).

The construction continued to develop over the following centuries: in the 13th century a Gothic baldachin was added; in the 14th, the vaults of the central nave were finished, the crypt was enlarged and the bell tower was raised.

With its large bays, numerous porticoes and a vast ambulatory of resplendent chapels, the basilica is perfect for allowing a multitude of pilgrims easy access to the relics on display.

One might ask: If the basilica was founded in honor of Bishop Saturnin, why does it bear the name of Saint-Sernin? Tradition says that Saturninus (the saint’s name in Latin) transformed over time into Sarni in the Occitan language, and then finally reached Sernin in French.

The practice of venerating relics

The origin of the basilica is closely linked to the practice of venerating the relics of Saint Saturnin. The dedication of the building as a place of pilgrimage was reinforced with time and the monument was enriched with multiple relics, offerings of simple pilgrims or powerful donors.

In the reliquary chests of the ambulatory of the basilica in Toulouse lie the remains of saints Lawrence, Boniface, Anthony the Abbott and Vincent of Saragossa. In addition, a thorn from the Crown of Thorns, donated by Alphonse, Count of Poitiers, brother of St. Louis, has been kept there since the mid-13th century. More than 200 fragments of bones of various saints are also housed in the basilica, along with a piece of the True Cross and  the remains of Sts. Etienne, Bernadette Soubirous and Therese of Lisieux.

After St. Peter’s in Rome, the cathedral of Toulouse houses the largest collection of relics in the world.