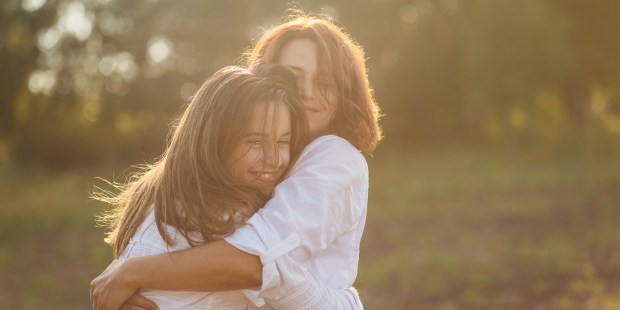 Some things are in hibernation, waiting for the right environment to uncurl and find their moment.

I hope, I told a friend one day, that no one ever based their understanding of me on my 12-year-old self.

In the anguished journals of my adolescence, the time I least like to remember is not the teenage years but the pre-teen. Unpredictable, by turns sunny or sullen, I was a growing mind in a misfit body, behaving, as my mother said, “run riot.”

This gives me both trepidation and wild compassion for my two sons, now preteens. In an age when a deepening capacity for reason and understanding outpaces the desire to remain a child, there can be a lot of disappointment. As my younger son said after Halloween this year, “It’s not that it wasn’t fun … but I used to think when I was little that it was magical. The dark and the wind made the costumes and spookiness seem real. Now I realize it is just a lot of people getting candy.”

Those deepening thoughts and feelings represent a widened palette of emotion (including the gritty hues of angst and woe) in people who still like to play on the floor or read the back of the cereal box. They happen in bodies that can literally be an inch taller and wider than last week, in bodies ungainly and ungraceful, too-skinny or too-chubby, stuck in a wasteland between not-cute child and not-beautiful adult.

To be entirely honest, I am at my wits’ end a lot. My attempts at compassion in the moment don’t quite reach their hurting spots. Their unpredictable behavior leaves me frustrated. They seem to take issue with more things than I thought humanly possible, along with their persistent taking issue with each other. On a very physical level, they are louder, larger, and more strongly scented than I can keep up with.

This came to a head not that long ago, on one of the thin-sunlit mornings after daylight savings. It was a special day at school — “Red Carpet Day” — and my boys were stumbling around looking for ties they lost two Easters ago and buttoning suit coats their shoulders were a hair’s-breadth too broad for.

“I want a boutonniere!” exclaimed my oldest, with five minutes left on the clock before we would be late. I looked out the window at the remains of our garden under the gray sky, bleak from cold rains, covered in half-grown clover and wet maple leaves. We’d already had a frost or two. A November flower, I thought, good luck.

Instead, I miraculously produced a silk poinsettia from last Christmas in a 30-second scramble in the basement. “Cool!” he said, and we all busted out the door.

I glanced back at the young man in the mirror, fighting tears; fighting anger at himself for caring, fighting the misgivings of his growing body, fighting his new needs for glasses, braces, men’s-size shoes.

With fingers crossed, I pulled over at a green space that the town landscaped through the summer. “I don’t know if you’ll find anything,” I said. “But there had been some autumn mums before the cold.” He unbuckled and hopped into the wet grass. A few minutes later he came back, “Well, it’s better than nothing,” tucking a clenched, browned, flower bud into his lapel.

We all relaxed and took the 15 minutes ride to school as usual, with some squabbling, some prayer and song, some dashed-off forgotten homework.

As we pulled into the drop-off line, I turned to him to say goodbye and gasped. “Your flower!”

The sad, tight bud had warmed to the heat of the car and the sunshine fogging the windows, and our little traveling hothouse had forced it into radiant yellow bloom, splashing across his navy suit with the freedom of a spring day.

He looked at me, as his jaw dropped, “Oh my gosh Mom!” He showed his siblings, all of us incredulous. “Thank God,” I found myself saying. For this small miracle. This small bit of hope for my struggling son.

He shut the door and tromped off to middle school, the yellow flower shining all the way.

Lord, I thought, it’s more than the flower, isn’t it? It’s the hope of something unblossomed. It’s seeing that some things are in hibernation, waiting for the right environment. It’s these children; sometimes they lose hope – we all lose hope – that their day to uncurl will come.

I will try to remember that November flower – and the 12-year-old Christ in the temple consternating his parents, and the pre-teen Samuel waking Eli in the night with his confounding questions, and to see my children – and all of us – in God’s plane, on His field, opening to the light in His time.

Read more:
The secret to raising confident kids who know how to persevere