She is one of the founders of Montreal, and a saint 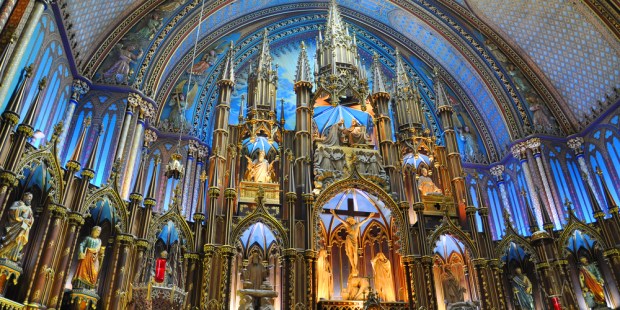 Marguerite Bourgeoys was born in Troyes, France, in 1670. By the age of 19 she had lost both her parents and had to make decisions about her life. She had never felt called to the local religious association in her town, but of course God does things His own way.

On October 7, 1640, Marguerite was taking part in a town procession in honor of Our Lady. At one point she took a moment to look up at the statue of the Blessed Mother being carried through the town and was suddenly overcome by a deep yearning to leave behind the cares of the world and dedicate herself to doing God’s work.

That moment changed her life. She immediately joined the extern Congregation of Troyes, a local association of young women who dedicated themselves to teaching the poor in the area. Through her work with this association she met the governor of New France – what is today Quebec- Paul Chomedey de Maisonneuve.

He was looking for people willing to help teach the indigenous children in the new colony. Marguerite volunteered at once. She arrived in Ville Marie – the settlement that grew into Montreal – in 1653.

As she set up schools for children and women, people were drawn to her. Eventually she travelled back to France to recruit more women to help with her work in Ville Marie and a small community of women formed around her.

In 1671 King Louis XIV gave civic approval to her new community of women, the Congregation of Notre Dame, and shortly after the Bishop of Quebec gave her community canonical approval.

Read more:
Pray this prayer to St. Marguerite Bourgeoys for a generous heart