The Catholic population in Europe has plummeted, Pew finds 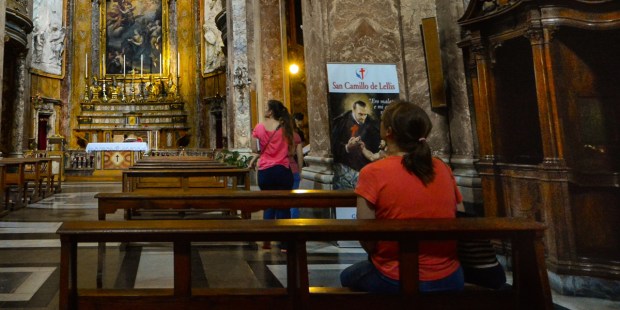 But the polling organization sees definite trends on the continent.

According to an analysis of Pew Center surveys of 34 European countries, there are clear differences in religion from East to West and from North to South.

But one thing clearly stands out. In spite of its being home to the Roman Catholic Church, Europe is far less Catholic than it once was.

In 1910, for example, the continent was home to 65 percent of the world’s Catholics. A century later, that number has plummeted, to 24 percent.

So where have all the Catholics gone? Latin America, Pew points out, now hosts more Catholics (39 percent of the world’s Catholics) than Europe or any other region. Sub-Saharan Africa has 16 percent, and the Asia-Pacific region 12 percent.

But the European countries with the largest shares of Catholics are mostly located in southern and central Europe. “For example, at least three-quarters of adults in Poland (87 percent), Italy (78 percent) and Portugal (77 percent) identify as Catholic, as well as majorities in Spain (60 percent) and Hungary (56 percent),” Pew points out on its blog, FactTank. “But there are exceptions to this pattern: Ireland is 72 percent Catholic, and 75 percent of Lithuanians are Catholic. There are also sizable Catholic populations scattered throughout the rest of the continent, including in the United Kingdom and the Netherlands (19 percent each), as well as Ukraine (10 percent).”

Catholics in Central and Eastern Europe are more likely to say they attend church monthly (median of 44 percent vs. 33 percent), pray daily (36 percent vs. 13 percent), consider religion very important in their lives (31 percent vs. 13 percent), and believe in God (91 percent vs. 80 percent). A majority of Catholics in Ukraine (56 percent) [who are mostly Greek Catholic] say they pray at least once a day, while roughly one-in-ten in France (9 percent) say the same. This East-West split among Catholics mirrors a larger regional dynamic: Overall, across the continent, people in Central and Eastern European countries, regardless of their affiliation, tend to be more religious than people in Western Europe.

Finally, Pew found, Catholics in Western Europe are more accepting of Muslims than those in other European countries. “At least half of Catholics in most Western European countries say they would be willing to accept a Muslim as a family member,’ the polling organization says. “By contrast, far fewer Catholics across Central and Eastern Europe say they would accept a Muslim as a member of their family, including 21 percent in Hungary and 15 percent in Latvia. Once again, the regional differences in Catholic attitudes toward Muslims reflect a wider East-West split in Europe.”