What listening to “Hamilton” taught me about my children’s brains 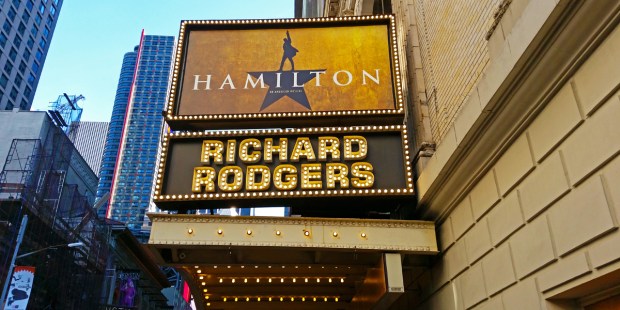 Technology is changing how we learn, but we can work with that.

True confession: I learned more about the Founding Fathers from listening to Hamilton than I did in 12 years at a private school and five years at a liberal arts university. I didn’t necessarily learn new facts — I just learned those facts in a new way and a language I understood. Through hip-hop, Hamilton made the risky, daring, and incredible struggle for American freedom real to me for the first time.

This wouldn’t be a surprise for neuroscientist David Eagleman, who was recently interviewed by EdSurge about the intersection between neuroscience and education. He would be the first to tell me that my brain is physically different than the brains of generations before me — as different as my children’s brain is from my own. And those physical differences have significantly altered how we learn:

The No. 1 thing they [educators] need to know is that kids’ brains are physically different from the brains of kids a generation ago because of the way they’re taking in information — because of this fast-paced digital intake, which is different from the way a lot of people here grew up. We were reading textbooks in black and white.

As far as brain plasticity goes, essentially anything you take up will change the structure of your brain. I can look at a brain scan and tell you for example if you play piano vs. violin. If you take up juggling, we can see changes in your brain … There are actually tests you can do to look at the ways the brain is very different to how they looked a generation ago. The question is how do educators meet them halfway. Kids [today] are different.

Even though I grew up learning the old-fashioned way, by reading textbooks and listening to lectures, I also grew up in a world of exploding technological advancements. My children, however, are growing up in a completely different world — technology isn’t a new frontier, it’s a well-established part of the fabric of daily life. My toddlers could scroll through smartphones and select apps before I even owned one. My children have never lived in a home with a landline — cell phones are the only phones they know. And when they have a question or want to learn a new joke, they usually just ask Alexa.

It’s a brave new world, there’s no denying that. But for better or worse, here we are. There is no way to roll back the advent of technology, and I believe that isolating kids from the positive benefits of technology (or worse, cutting them off from technology entirely) is doing them a disservice. They must be allowed to grow up understanding and interacting with the world in which we live … no matter how much we, as parents, might wish it looked differently than it does.

The truth is, there are really good things happening at the intersection of technology and education. My 8- and 10-year-olds do supplemental schoolwork on iPads, using apps that allow them to learn and absorb information in new, more readily accessible ways. I can’t help them because I don’t understand 99 percent of what they’re doing — but they don’t need my help. They’re learning the same thing kids have learned for ages (math, Latin), but they’re learning differently. And based on the fact that they’re already doing math that’s beyond me (while NOT counting on their fingers), I’m going to hazard a guess they may even be learning better.

In the end, though, what really matters isn’t how our kids learn. A child who learns Latin from a textbook isn’t necessarily going to have a better grasp of the language and the way it forms the basis of our own than a child who learns Latin from an app — and vice versa. What really matters in education, now as always, is what our kids do with it. And that character development is on us, because there’s no app that can replace consistent, compassionate parenting.