The saint who ran away from martyrdom 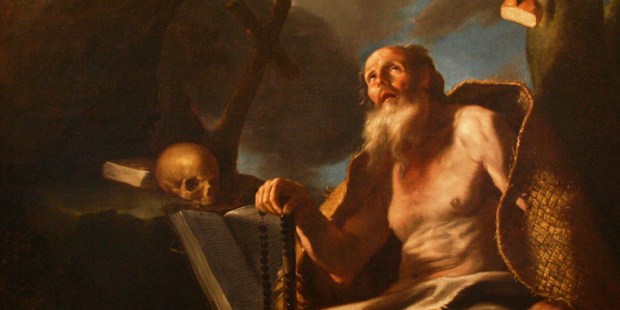 St. Paul the Hermit was afraid of dying, but found his own path to holiness in the process.

It is a natural inclination to be afraid of death. Very few people are able to embrace it and even fewer will remain in a place where their life is threatened.

Such were the thoughts of St. Paul the Hermit, a holy man who lived in Egypt during the 3rd century. He lived during a tumultuous time in the Roman Empire and heard the horrible stories of people being killed for their Christian faith. It frightened him and when he heard that his brother-in-law was going to turn him in to the Roman authorities, he did what any normal human being would do.

He ran out of there as fast as he could.

St. Paul fled to the desert and found a cave where he would patiently wait out the persecution of Christians. He intention was to stay there for a little while and then return to the world.

However, he didn’t expect to fall in love with the cave and the solitary seclusion it gave him. He rather enjoyed spending his days in prayer and eating simply alone in the wilderness.

He would remain in that cave for the rest of his life and became known later as the first “hermit,” who dedicated himself to God in a solitary way.

Its a perfect reminder that God is always with us, even when we try to run away from making a sacrifice. While St. Paul never thought of becoming a hermit, God used his fear of martyrdom to lead him into the desert for a different kind of martyrdom, one that would bring him to the heights of sanctity.

God knows us better than we know ourselves and will guide us to holiness in a way that is in accord with our gifts, talents and personality. Each of us is different and God recognizes that, giving us each a unique path to heaven.

Read more:
Who was the first Christian hermit?

Read more:
How St. Anthony the Abbot defeated the devil